I cannot believe I’m writing this post but here we are.    We are expecting BABY NUMBER 2!!
With Lillian, it took us close to a year to concieve her so we just assumed it would be the same with the rest of our babies. I was in complete shock when we found out. I didn’t even except to get a positive test. I was off birth control for literally ONE MONTH. We just wanted to see where life took us. And clearly God had a plan for us to have our babes 15 months apart haha.

How Universal Basic Income Gets Attra…
Cat Coronavirus Diary – Day 18
Innovative Dining Table Ideas to Make…
Wuhan Weather Report
Morning Fresh X Promo, Rep Your Hood…
It was around September and I was feeling weird. Like with Lillian, I HAD to have Orange Juice every Morning when I woke up. Otherwise I couldn’t go on without my day, I’m not joking. First world problems I know, but it was like my coffee. I NEEDED the taste of it. So one morning I woke up and I was like "Wow I’m craving orange juice". So I kinda had a feeling but didn’t want to believe it. With Lillian as well, I craved the drink Coke. It wasn’t even that I needed the sugar fix, I just loved the taste of it. So Preston was picking some groceries up for me from the store on his way home from work. So I called him and just said "Hey can you pick me up a pregnancy test?". And he was kind of hestitant. I said I would take it the next morning because that’s the best time to take it. But he got home and insisted me on taking the test lol. This would’ve been around 4:30 and I was just expecting a negative because my pee was diluted and I just didn’t have high hopes. But literally within seconds you guys, a second line appeared. I just started crying, I couldn’t believe it. I looked at Preston and said "Preston, I’m pregnant". And he legit thought I was joking. But I wasn’t! 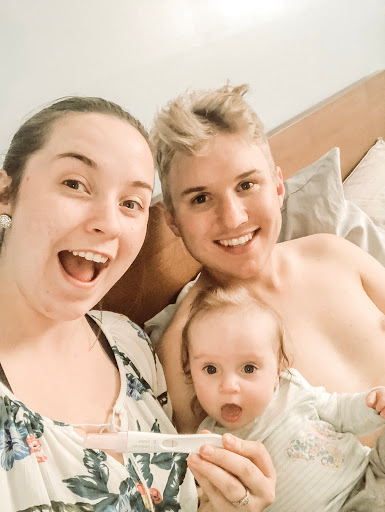 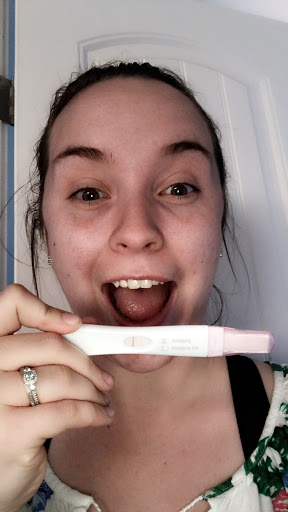 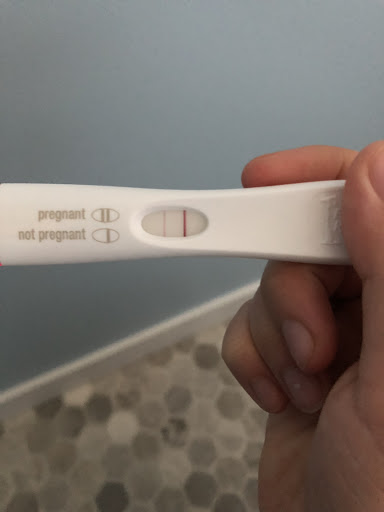 I made sure I took pictures of our excitement because I didn’t really with Lil. Her face in the first picture is just priceless. I was filled with emotions. Excitement. Nerves. Happiness.
And for those asking, I knew I was pregnant when we went on our trip to England. It was tough having no energy some days but we worked through it. And we rested when we needed to! I’m just thankful I had my anti sickness medication by then otherwise I would’ve been vomiting the whole trip.
So I’m just around 13 weeks now and feeling better than I did the first time around. But unfortunately I still have morning sickness every now and then but I’m on medication to help that. I feel like I have no energy most of the days so I feel useless. I’m thankful Preston has been amazing and has done most of the housework since we found out. I’ve been EXHAUSTED. We’ve had 2 scans already, one at 8 weeks and one at 12 weeks. Normally people don’t get ultrasounds until 12 weeks but because of all the complications with Lillian and postpartum, they wanted to make sure everything was good.
The little bean is burrowing + growing in the uterus nicely. And I already have a strong feeling it’s a girl. We thankfully will be finding out the gender this time around and I’m so excited! I’m also already showing so I never expected to share this early, we wanted to wait to share. But I just couldn’t hold it in any longer! 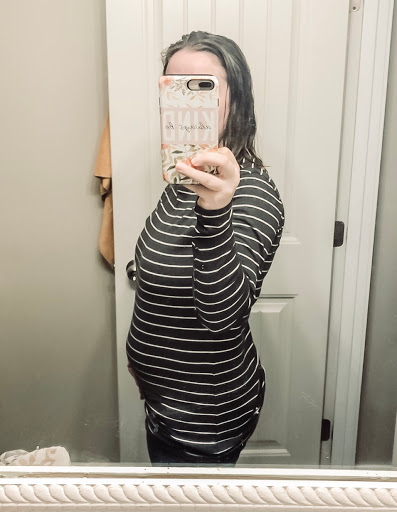 My OB is already talking about my options with labor and delivery and more than likely I will be having a c-section this time. Which is unfortunate because I really wanted a Natural Labor again. But like I said before, there were just too many complications with Lillian’s birth and my recovery that we just can’t risk it this time. So if you’ve had a natural labor but then went on to have a c-section, please let me know what to expect. Did you like it more? How long did it take you to recover?
We have our anatomy scan on New Years eve! My doctors highly suggested going up to Calgary for more in depth ultrasounds for me and the little babe so that’s what we are doing. I will also be consulting with another doctor up there to further discuss my options for labor! Right now though, I’m on baby aspirin to lower my chances of preeclampsia this time around. Thankfully at our 12 week scan, we found out that everything is low risk for the little babe right now and is measuring + growing right on track.
If you have any other questions about this pregnancy so far, don’t be afraid to ask me!