Photos of Yesteryear to Present Day 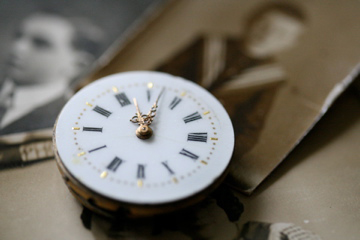 then, now and then over again.

Our stories play out, we each have a part.

Digging at the brocante photos unearthed

in a soap tin held together with a rubber band.

The soap tin had a tag it said:

"Photographs from the Canebiere, Marseilles" 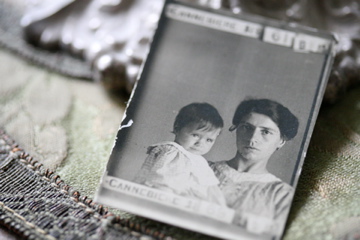 Photo of a mother and child: 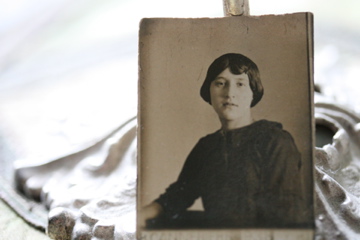 Photo of a young girl:

Helene with the latest hairstyle

against her parent's wishes. 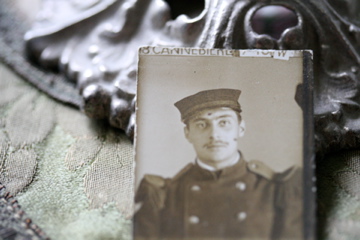 Photo of a young man: Was he the father of Mathilde?

or the husband of Marie-Francoise?

Maybe he was Helene's brother Jean-Pierre?

I don't know, only his name is written on the back. 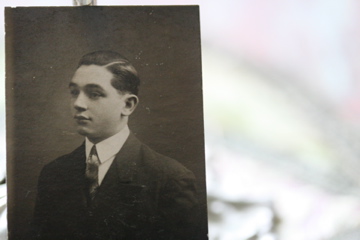 Photo: Young man with a stiff collar and a tie, 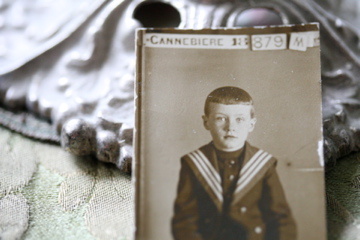 Photo: A boy in a sailor outfit missing his white tie.

Do you know that most French names have a masculine and feminine pronunciation? 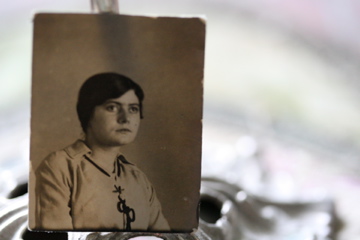 Photo: Girl with a monogram on her dress.

Is she Jacques' sister?

Are they facing opposite so that in a photo frame they could be facing one another? 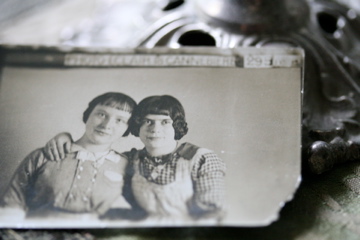 Lise and Cosette with a hint of a smile.

Cosette is wearing a pinafore. 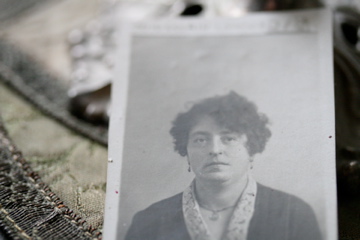 Was it a rough day? 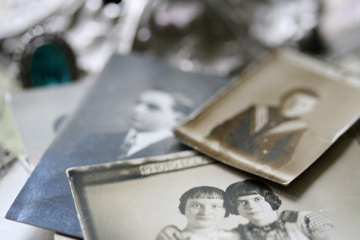 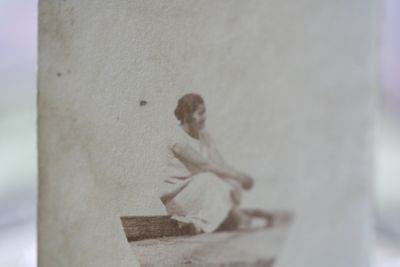 Photo: Young woman on a boat.

Taken by her Father Henri one summer at the Vieux-Porte in Marseille. Chelsea. Taken by Martin in Mexico.

in another moment in time.

Who are you, can you share your image in words?

It is a good thing she doesn't wear yellow or she would be mistaken for a bumblebee.


The oldest child, only daughter, four brothers  - Missing one.

If you want to use this example or your own:

A color you would never wear.

The Wonders of Pili Oil
What Are Your Worst Grief Triggers ?
5 Easy style hacks every woman should…
How To Run a Beauty Salon And Not Los…

Photos of Yesteryear to Present Day