Eulogy for My Grandpa

I took a $220 one way flight to San Jose about a month ago to visit my grandpa because my mom texted me that he didn't have much time left.  Frantic, I bought a ticket and landed 5 hours later after begging the airline to let me on earlier fearing that I would miss him.  But when I arrived my mom told me that he is eating again.  But it wasn't a wasted trip.  It was a trip to say good bye.  I held his hand and told him that I loved him, wondering if he even recognize because of his Alzheimer's.  I watched my mom affectionately rest her hand on his head.  Every day for the past year she would visit him at the nursing home.  She would wash his linens and help feed him.  She would make friends with the staff to ensure that he was treated well.

But now that he passed, she is relived.  Only burdened by the funeral that she planned months in advance with no siblings to help her.   I'm currently on the bus to San Jose and I've written a simple Eulogy.  My dad told me that I would be saying a prayer and that I should prepare "something nice" to say about my grandpa in English while my mom did her in Vietnamese.

This is my eulogy:

My grandfather didn't need much to be happy.
He was an amazing gardener growing giant squash that hung in our patio.  He grew chilis that would be used for dinner. He liked plants so much that he would go on walks and pick them from the neighbor's yard until one day he was caught.

How to Retire on Your Terms and Final…
Lorenzo Lotto & The Iconic Lotto Carp…
Hunting the Hunters
Is Vechain Here to Stay? – VET Market…
WHAT ARE DRAWBACKS OF ONLINE BANKING?
He didn't say much, but he was the type grandfather that would walk me and Shannon to school when I was young and sit quietly observing the people around him.
When he smiled it was bright, but probably because he had the best looking dentures.
He would pick things off the street and recreate them into something new.  Bend wires into some contraption.  My mom told me that it was a habit of his.  Because that's how he survived in Vietnam.  Find, recreate, build... never waste.   He taught me that nothing should be thrown away if it could be reused in a different way.  And that's how you make a lot out of very little.
And this is probably why he lived this long despite being so deaf that you have scream into his good ear.  Despite being so blind that he couldn't recognize me.  He found other ways to create a life out of nothing.
But he knew that it was his time to go and to be reinvented into something else. Thank you for being here to celebrate his life with our family.
My last four Christmases with him:
2013 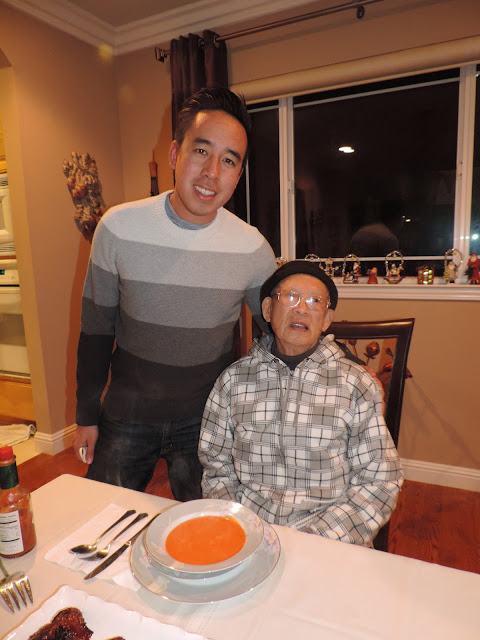 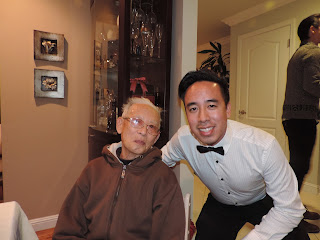 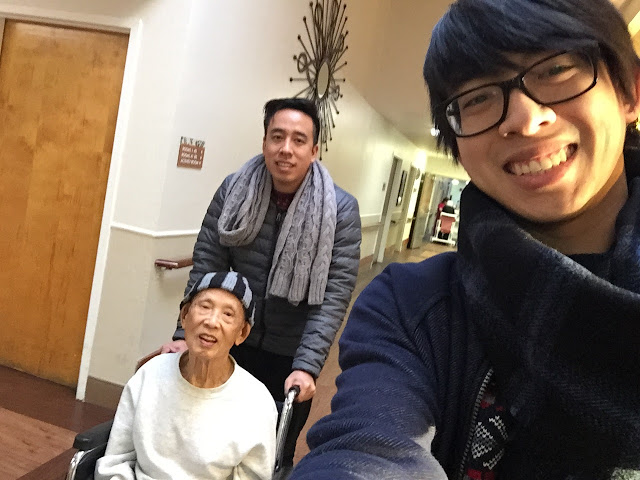 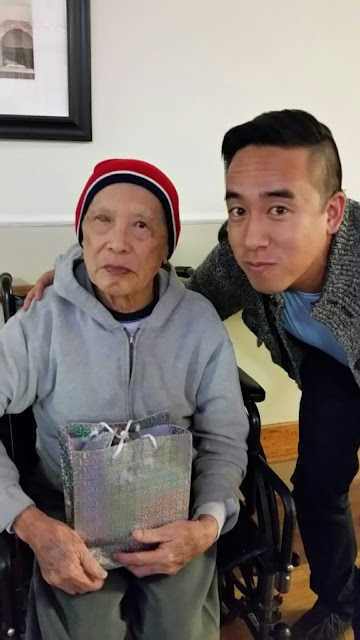 Eulogy for My Grandpa