I look into Pearl Charles' 'Magic Mirror' and find myself drawn through its lens into a better world. 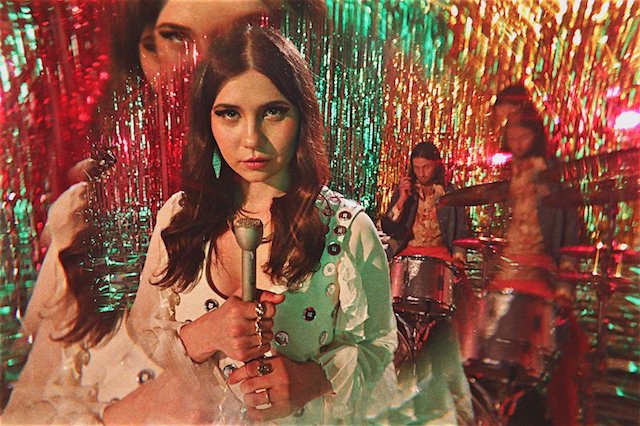 I have listened to Pearl Charles' Magic Mirror a LOT over the last couple months. Her mixture of old school '70s rock and pop is balanced by a modern sensibility that allows the music to hang like sparkling points of the sunlight of past sounds with none of the sentimentality. At times Charles channels Abba, The Carpenters, and to my ears, even envisions what The Eagles might've sounded like if Linda Ronstadt had gone on to lead the band instead of a bunch of coked-up macho doofuses.

It’s Me – Chapter 12
Sexy Games for Married Couples
WordPress Website Customization: Best…
Crunchyroll – How to Watch Anime Onli…
How to Clean a Cuisinart Coffee Maker…
That also means I've been waiting months hoping Charles would release the lead track off Magic Mirror so I could share it with other people.* But I'm kind of glad she held off sharing "Only For Tonight" just ahead of the album's release tomorrow. I love the tune, but if it had been the main thing out there to set the table for Magic Mirror there is an excellent chance people would've expected an album in the vein of Swedish dance pop, instead of the wonderfully textured quilt of various influences that it is.
But this tune is so awesome.
Am I wrong? No, I am not.
If you're reading this before January 15, you still have to wait a few days to hear the whole album, but there's nothing stopping you from sampling a few of the other tracks Charles has made public ahead of its release. And there's plenty of time to plunk down a few bucks and ensure the album is there, ready and waiting to be listened to on repeat when it drops this Friday.
*Seriously. I was checking in every few days to see if it was on her Bandcamp page because I couldn't wait to share it. Also worth noting, as an aside, that this album has been a lifesaver when I needed a pick-me-up or quick escape for a spell here and there over the last few months.

I look into Pearl Charles' 'Magic Mirror' and find myself drawn through its lens into a better world.