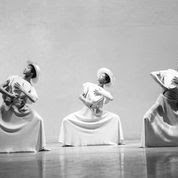 WHAT:
The Music Center and Center Dance Arts will honor the performing arts center’s long-standing partnership with Alvin Ailey American Dance Theater, the revered dance company founded by Alvin Ailey, by hosting a free screening of the new AILEY film on Sunday, August 1, 2021, in advance of the film’s nationwide opening on August 6, 2021. A NEON release directed by Jamila Wignot and produced by Insignia Films, AILEY chronicles the life of the artist, icon and activist and was an official selection of the Sundance Film Festival earlier this year. The free event begins at 7:30 p.m. with a pre-screening introduction of the film featuring Wignot and Los Angeles Times writer Makeda Easter, followed by the screening at 8:00 p.m. The pre-screening talk will give Angelenos and dance fans a behind-the-scenes look at the film, which runs 82 minutes.
FILM:
Alvin Ailey was a trailblazing pioneer who found salvation through dance. AILEY traces the full contours of this brilliant and enigmatic man whose search for the truth in movement resulted in enduring choreography that centers on the Black American experience with grace, strength and unparalleled beauty. Director Jamila Wignot weaves together a resonant biography of an elusive visionary told through Ailey’s own words and features evocative archival footage and interviews with those who intimately knew him.
WHO:
Jamila Wignot is a documentary filmmaker based in New York. Her directing work includes two episodes of the Peabody, Emmy® and NAACP award-winning series The African-Americans: Many Rivers to Cross (PBS), hosted by Henry Louis Gates and chronicling the five hundred year history of African Americans; Town Hall (co-directed with Sierra Pettingill), a feature-length co-production with ITVS following Tea Party activists determined to unseat Barack Obama; and, for PBS’s American Experience series, the Peabody Award-winning Triangle Fire and Emmy®-nominated Walt Whitman.

Makeda Easter is an award-winning journalist who joined the Los Angeles Times in 2016. While covering the intersection of the arts and identity, she's written about street dance activists who use Black social dances to fight racism, a Native playwright whose most successful work skewers white wokeness, and the impact of COVID-19 on artists who are incarcerated. A project she led on dance influencers won an Online Journalism Award in 2020. Makeda became interested in journalism while working as a science writer for a university supercomputing center. She received her bachelor’s degree in science, technology and international affairs at Georgetown University.

Quakers, radicals and witches: a walk…
Essay Writer Services for Students
5 Main Criteria When Choosing a Writi…
Universal Tips on How to Promote Your…
“The Friend Who May Not Seem a Friend…
WHERE:
Jerry Moss Plaza at The Music Center
135 N. Grand Avenue
Los Angeles, CA 90012
TICKETS:
Tickets are free, but guests must register in advance at musiccenter.org/aileyfilm. Attendance is limited to the first 400 registrants.
TO ATTEND:
This is a free event open to all ages. No outside alcohol is permitted at the AILEY screening. For a list of prohibited items, please click here for The Music Center. Masks are recommended outdoors for those not fully vaccinated. Please visit musiccenter.org/safety for information about The Music Center’s safety and security measures.
MORE INFO:
Please visit musiccenter.org/aileyfilm for more information.


This post first appeared on AfriClassical, please read the originial post: here
People also like
Quakers, radicals and witches: a walk back in time on Pendle Hill
Essay Writer Services for Students
5 Main Criteria When Choosing a Writing Service
Universal Tips on How to Promote Your Business On Facebook
“The Friend Who May Not Seem a Friend” – The Cat and the Fire, Post 2 of 3
Short Happiness Quotes From Famous and Unknown People