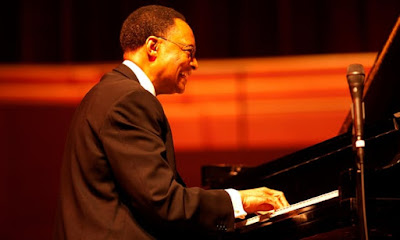 NBA Jam Game Comparison
What is the source of knowledge? Tru…
Types of Mustaches – Epic Stache Styl…
Recognizing Ableism’s Link to Racism
The 11 best tips to become a massage …
Like the late Nina Simone, Ramsey Lewis was a gifted church pianist who harboured childhood dreams of Classical piano fame but found inspiration in jazz, blues and soul when he was told there were no jobs for African American classical recitalists in the 1940s. And like Simone, Lewis turned that disappointment into a unique fusion of song-rooted gospel communality, jazz spontaneity and European classical symmetries, which made him a much loved multiple recipient of gold records and Grammies.
Latterly, the Chicago musician, now 82, has launched a late-career renaissance as a long-form orchestral composer. His work now hasa playful funkiness and a sometimes whisper-quiet lyrical refinement – even if the soul hooks could hardly be more familiar and his fastidiously classical side sometimes makes him recede into a world of almost impenetrable privacy.
Lewis had a close connection with African American superstars Earth, Wind & Fire in the 70s. He soon reminds his audience of those collaborations with an account of Tequila Mockingbird (“The label named it,” he announces mock apologetically) in which the Wes Montgomery-like guitarist Henry Johnson and bassist Joshua Ramos set up an infectiously chugging unison hook cushioning a bright Latin-chordal piano melody, while synth player Tim Gant softly mimics a soul-jazz horn section on the accents. Lewis improvises unaccompanied in delicate treble twists, chord-punching rhythm patterns and wry trills before the band clamours back into the hook.