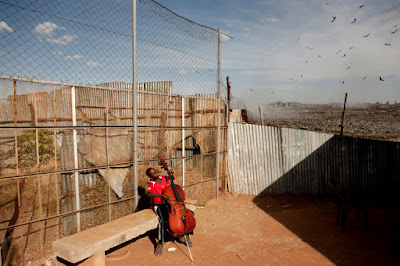 The New York Times: Stephen Kamau, 15, a student in the Ghetto Classics music program, practices on his cello in Nairobi’s Korogocho slum. In the background is the huge open-air dump next to the slum. Credit Sergio Ramazzotti/Parallelozero 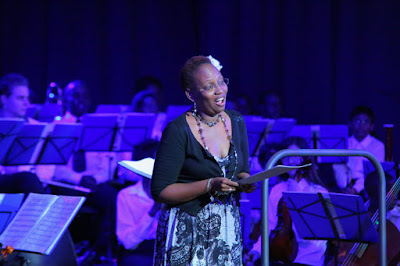 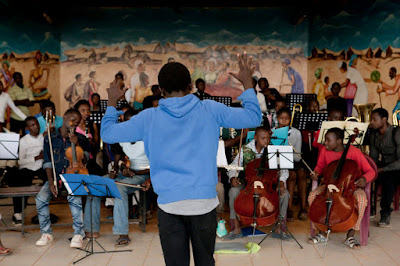