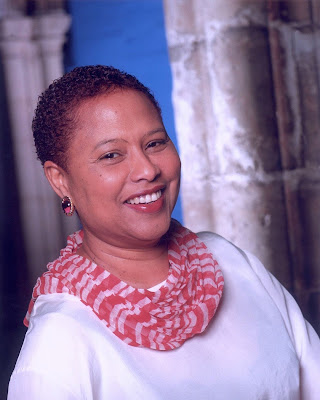 Eleanor Alberga
Classical MPR
Jay Gabler · Oct 26, 2016
British composer Eleanor Alberga says that "the classical music world is not very inclusive." Speaking at a conference on diversity, the Jamaica-born Alberga said that she's tired of getting commissioned for pieces that have a "racial agenda." When she's hired, Alberga says, "quite often an extra agenda is attached where I'm asked to write about slavery or to emphasize Afro-Caribbean influences in my music."

How to Set a Deadline and Achieve You…
Cat Coronavirus Diary – Day 9
Older adults (60plus) lockdown home w…
You Say Covid-19, I Say Hangar 18!
Not all advice is good advice
Alberga called for the classical music world to "entertain a broader concept of what a mainstream contemporary composer sounds and looks like so there isn't just an inner club of composers who get heard while others are effectively silenced." (BBC)

Just before I went on stage for the panel I was involved in, Alan Davey & Edward Blakeman (BBC) came to tell me the news that they wanted to make announcement: that the BBC would like to offer a commission for a new work for Chineke!, by a composer of colour, to be chosen by myself in consultation with the BBC! Eleanor walked by at that very moment & I called her to ask a question, “how many commercial recordings had been made of her music”. I was disappointed & saddened because her answer was "none".
The agenda for the panel I joined later in the day was 'Audiences'. My point simply stated the fact that the diversity Chineke! presents on stage & in our programming has a direct impact on diversifying who we see in the audience. A 'feel-good' for literally everyone on & off the stage. Because everyone is represented, feels involved & can therefore identify & engage with the performance. Makes perfect sense to me…
Many thanks
Very best wishes
Chi-chi [Chi-chi Nwanoku MBE]