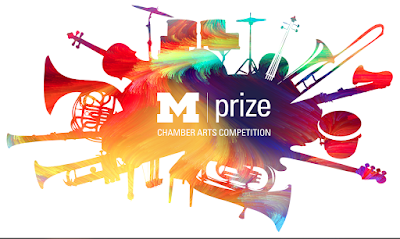 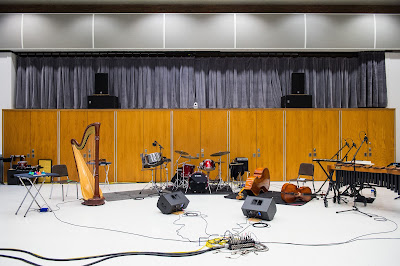 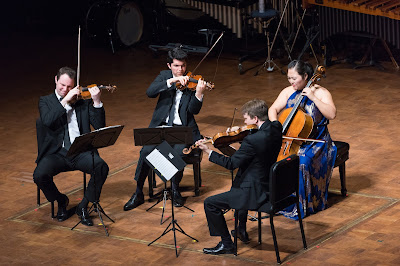 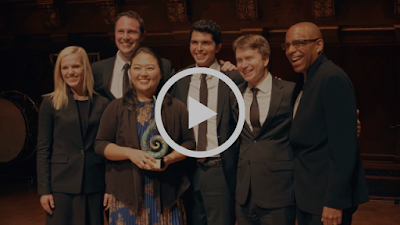 Check out these highlights from M-Prize 2016!
https://www.youtube.com/watch?v=MSnpvq2tyz8

11/02/2016
11/02/2016
Supported by the U-M Office of the Provost and an anonymous donor, M-Prize also awards an additional $109,000 in prize money divided amongst the winning small ensembles in both junior and senior divisions in three categories: Strings, Winds, and Open (comprising any instrumentation or genre).
The "open" category further distinguishes M-Prize as a chamber competition that embraces a wide definition of the field and shines light on its innovative possibilities. Created by Aaron Dworkin, dean of SMTD, a stated goal of the competition is to "evolve the breadth and depth of the chamber arts landscape and associated professional opportunities for exceptional ensembles."
This year's M-Prize brings new additions: recently appointed Artistic Director Matt Albert, founding violinist/violist of the groundbreaking ensemble Eighth Blackbird and chair of SMTD's Department of Chamber Music; an interview round for first place Laureates (senior division winners) to present and advocate for their ensemble's curatorial vision; and an increased prize pool.
The international jury includes former New York Philharmonic concertmaster Rodney Friend, Juilliard String Quartet cellist Astrid Schween, Swiss saxophonist Lars Mlekusch, renowned-flautist Carol Wincenc, multi-genre cellist Jeffrey Zeigler, and Grammy Award- winning soprano Dawn Upshaw.
The Calidore String Quartet won the inaugural M-Prize last May, which spurred controversy and conversation surrounding the difficult task of adjudicating a string quartet versus a new music ensemble. Mark Stryker, in his Detroit Free Press article stated, "...the question becomes one of honing in on just what kind of excellence should be rewarded: the kind that delivers no fresh insights into music we already know, but does so with striking beauty? Or the kind that reveals new truths about the music of our time and promises more in the future while meeting the highest standard of performance?"
"New music isn't better than old," said Matt Albert. "We feel there's a place for it all, and we want to be the prize that rewards groups for both performing well and demonstrating their curatorial vision: how their way of performing well will sustain itself--why it's valid, interesting, appealing, compelling, and necessary; why we should listen, and why we should present it for others to hear."
The M-Prize winners also receive performance and residency opportunities with prestigious presenters including the University Musical Society, Philadelphia Chamber Music Society, Interlochen Presents, Krannert Center for the Performing Arts at Illinois, and Rockefeller University. In addition, the winning ensemble returns to SMTD for a residency to work with students.
The Grand Prize Gala Concert in May, in which the top ensembles in the three senior categories compete, will be live streamed by Detroit Public Television and made available to PBS stations.
For more information, visit mprize.umich.edu and join the conversation using #theMprize.