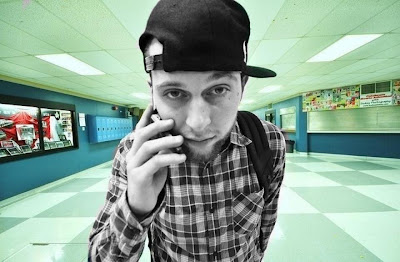 They say life's a journey. While that may be true, many of us go through life with blinders on. We're constrained by our own fears, insecurities and trapped by dogma. When you meet Cory Kendrix, a member of the Austin hip-hop group, LNS Crew, you quickly realize that he is a nonconformist and the shackles of society do not pertain to him. In the soon to be released EP, “Ignorance”, Cory wants people to take those blinders off and be more aware of their own ignorance.

The life story of Cory Kendrix starts off in Oregon and at the young age of 11, he moved to Austin, TX. Soon after, Cory started working and developing his skills as an artist. He would blend his west coast influences with the unique Austin culture and sound that would become Cory’s self reflective smoker friendly sound. The time he spent working on his craft and art would lead to lifelong friendships and would eventually turn into the local powerhouse, LNS Crew.

The Cory Kendrix solo discography starts with a project called “The UnMixTape” and the most recent work, “Free Beer.” His historical works show a very introspective artist touching on such topics as relationships, drug use and coping with mental distress. The story of a man coming of age and figuring out life and the world around him is reflected in these earlier works.

“Ignorance”, the title of the soon to be released third solo project by Cory, in his own words will be very “ignorant”, very “ratchet” and more club friendly. “Ignorance” is the next step in the evolution of Cory as an artists and as a human being. The project will be a collection of his learnings about the artist lifestyle, the highs and lows and a warning of the pitfalls to avoid.


In the past year, Cory along with LNS Crew, have been on a whirlwind tour across the country from California, NY, Atlanta and Texas. As part of the LNS Crew, Cory performed in LA with Chuck D of Public Enemy and other hip-hop legends on the HipHopGods Tour. (Cory wanted to give a huge shout out to Redbull and the Redbull team for putting the LNS Crew on.) And just recently, LNS Crew was announced as part of Fun Fun Fun Fest in November.

For the new EP, “Ignorance”, the planning for tours are already in the works, so be on the lookout for those. In the near future, you can catch Cory on Sunday, July 21st. 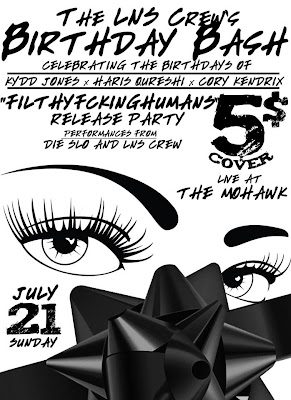