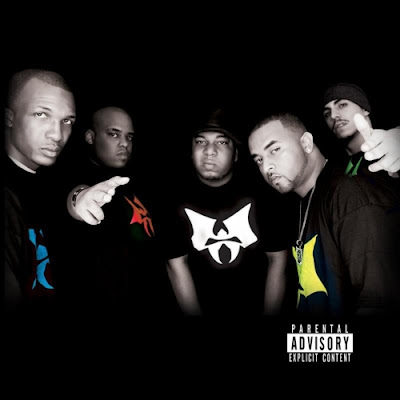 RE-UP; Hailing from Florida, this collective decided to debut to the world with a double album which is always a tricky one , no matter what musical genre. As they had more than enough quality
tracks to choose from and couldnt agree on what to leave out, the Watchmen decided to drop a 2cd.

After listening to this album over and over again ( double albums take time to sink in fully as Im
sure you will agree) they definitely have got enough dopeness under their belt to convince
anyone out there of their combined talents.

Lyrically all rappers in this collective hold their ground seemingly effortlessly, not one
comes out as being a weaker link: 7th 7ign, BlackMask, Cipher, Eclypse , Pro and Prox,after
hearing this album everyone will have a favorite , none will be left out.

Production wise they leave a very solid impression: biggest contributor of the group here
is Pro, a talent well be enjoying for years to come , with the ability to revitalize mcs with
his inspiring beats. Just listen to Cappadonna reinventing himself on Assassins.

But not only Pro gets behind the boards, also Blackmask and 7th Sign take up duties . I must
say that Blackmask comes out best of the latter 2 as I feel 7th convinces me more behind the mic.

Wu symbolism is to be found throughout this album to any Wu fans pleasure: e.g. the group name not
coincidentally starting with a W, 18 tracks on each disc giving us 36 chambers to explore, kung
fu samples throughout the discs, the Wu-Mama intro on disc 2, Wu and Killa Bee references all
over, official approval by Cappadonna on Assassins.
DOWNLOAD
BUY
_