Ginny Fizz poors her heart out. She wants to Bring back Eurovision to the U.K..
Her fabulous heartfelt ballad (I Wanna) Bring Back Eurovision is out as a digital single now.

I love the lyrics of the song. They're refreshingly funny without the "nobody loves us" attitude blaming Brexit, Iraq, Putin or Johnny Foreigner for the country's poor results.
Ginny sings in the bridge (followed by a key-change!):

"I got a wind machine
I got some hopes and dreams
Now all I need is a decent song
I need a song"
Although decent may not be enough to bring back the U.K.'s Eurovision glory, you go girl, make it happen.

Links and sources:
Ginny Fizz Facebook and Website
Buy the single at Amazon
The U.K. entry of 2017
P.S. the dog in the video is named Sandie.

Recordando Eurovisión
Meanwhile you can also check this one out: Spanish singer/actor Alberto Vázquez brings us some jazzy latin flavoured coverversions of some of the biggest Eurovision classics. His album is titled Recordando Eurovisión, also released on CD. 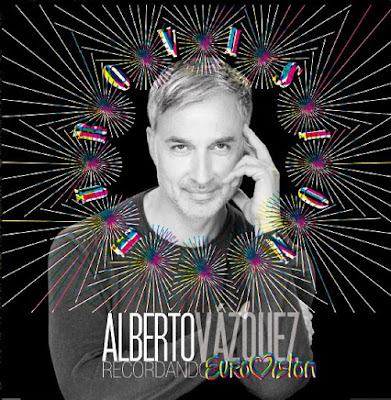 Dreaming About Cellphones, What Does …
Goal 2020 review and 2021 Resolution
It’s Me – Chapter 12
Sex on Your Period – Reasons to Do It
Why the Riddler is such a good villai…