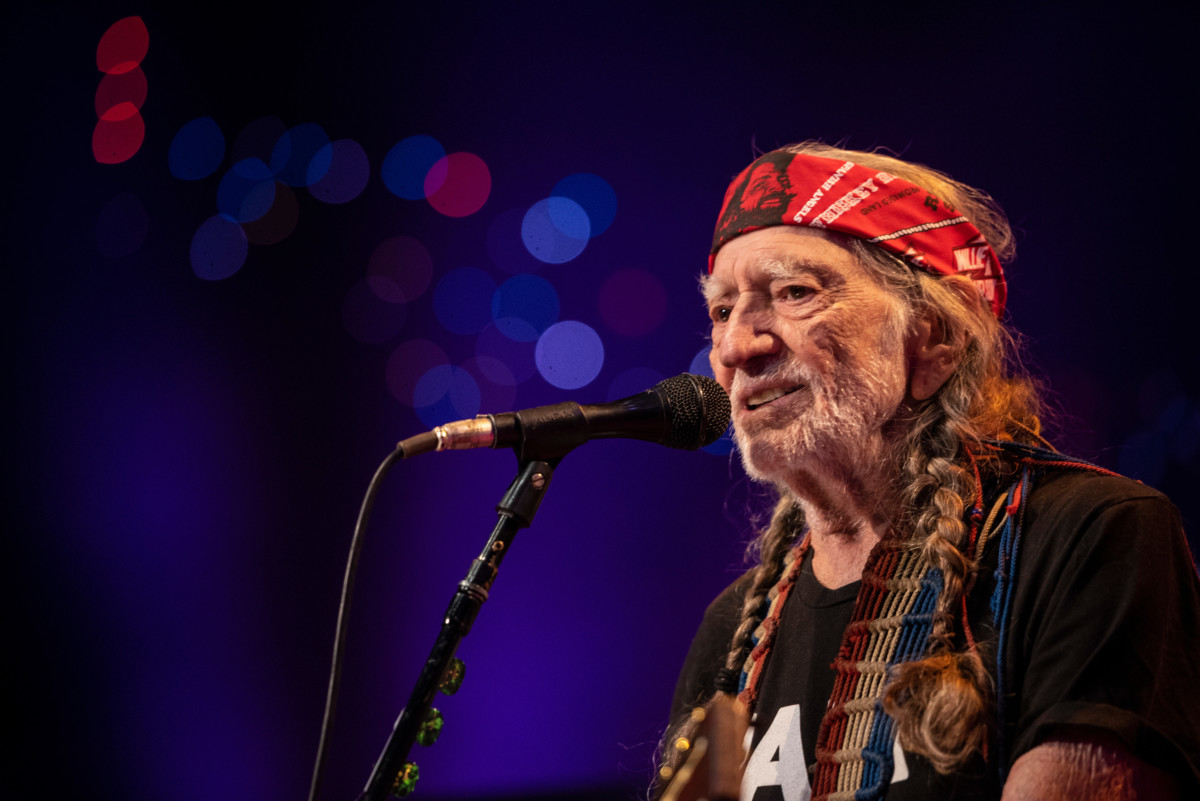 Nearly 45 years after he ushered in one of the most influential music series on television in the last half-century, Willie Nelson Returns this weekend to Austin City Limits for the 18th time.

In this exclusive clip from the upcoming episode, Nelson seems to be playing off those impressive figures and his history with the PBS series. He shifts the tone of the opening line of one of his most enduring tunes, “Funny How Time Slips Away,” from melancholy to celebratory, addressing the audience with a more spoken than sung “Well, hello there, my, it’s been a long, long time.” Armed with Trigger, his trusty Martin guitar, Nelson delivers a mesmerizing extended solo on the instrument.

The 85-year-old legend, who last appeared on a full episode of Austin City Limits nine years ago, unleashes an 18-song set backed by the venerable Family Band, which includes his sister Bobbie Nelson on piano, Paul English on percussion and Mickey Raphael on harmonica.

Spanning the songwriter’s entire career, the set includes such favorites as his standard show opener “Whiskey River,” “Mamma’s Don’t Let Your Babies Grow Up to Be Cowboys” and “Always on My Mind.” Nelson also performs the Django Reinhardt guitar classic “Nuages,” from his 1999 Night & Day album, and “Fly Me to the Moon,” the opening cut on his 2018 homage to longtime friend Frank Sinatra, My Way. His ACL performance of that tune spotlights drummers (and brothers) Paul and Billy English and bass player Kevin Smith.

Willie Nelson appeared on the pilot episode of the series, taped in 1974 and was, fittingly, one of the first inductees into the Austin City Limits Hall of Fame when it was launched in 2014. Austin City Limits airs this weekend on public television stations across the country.