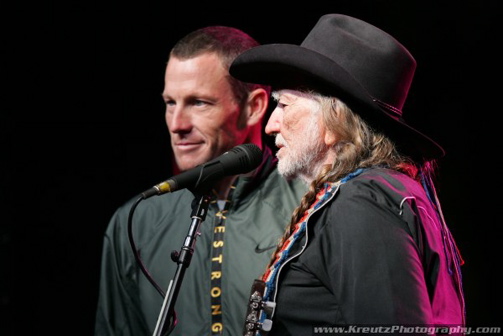 On October 24, 2008, Willie Nelson performed at Lance Armstrong fundraiser in Austin.  Photos thanks to: http://www.supertouchart.com. 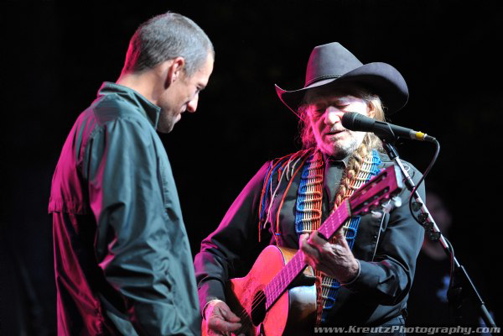 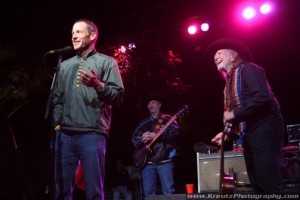 Brian Dowd, cancer survivor, was at the event, and posted at his blog http://canceradvocacy.blogspot.com:

“After the guest speakers we then made our way out side to sit on bails of hay and listen to country music legend Willie Nelson.  All I can say is WOW!    Willie blew everyone away and I think converted a few people who were not into country music.

After Willie finished his set Lance came on stage to thank Willie and his band for performing and there was a funny moment. Lance said he could not go on Willie’s bus b/c he has a new job (i.e. back to cycling) which made everyone laugh.”