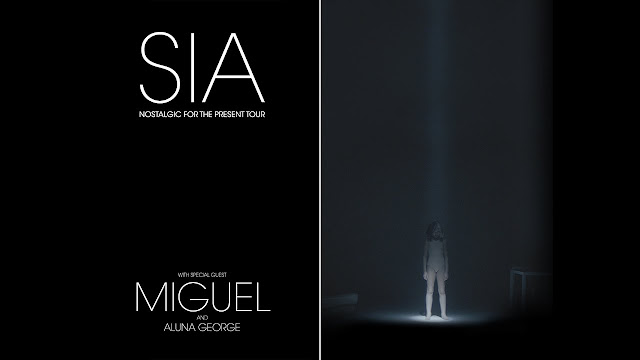 Sia will embark on her first-ever arena tour and her first full-scale trek in five years this autumn on her Nostalgic for the Present Tour. Special guests Miguel and AlunaGeorge will accompany the "Chandelier" singer on the 22-city jaunt, which kicks off September 29th at Seattle's Key Arena.

Sia's Nostalgic for the Present Tour with Miguel and AlunaGeorge