Right after announcing that her upcoming album would likely be dropping before Valentine’s Day, Ariana Grande unveiled the track list for the appropriately-titled thank u, next project.

The singer, who is nominated for two Grammys this year, took to her Instagram story to break the news, revealing that the 12-track record features the title song and chart-topping “thank u, next” as well as previously released singles “imagine” and “7 rings.” Ari is also including “needy” on the album, which she has teased a number of times on social media.

The follow-up to 2018’s Republic Records-released Sweetener includes song titles that appear to parallel Grande’s recent fun loving, single girl persona with names like “bad idea,” “ghostin” and the album’s closer, “break up with your girlfriend, i’m bored.” Fans can pre-order the effort beginning this Friday (January 25th), but in the meantime, they can check out the full track list below. 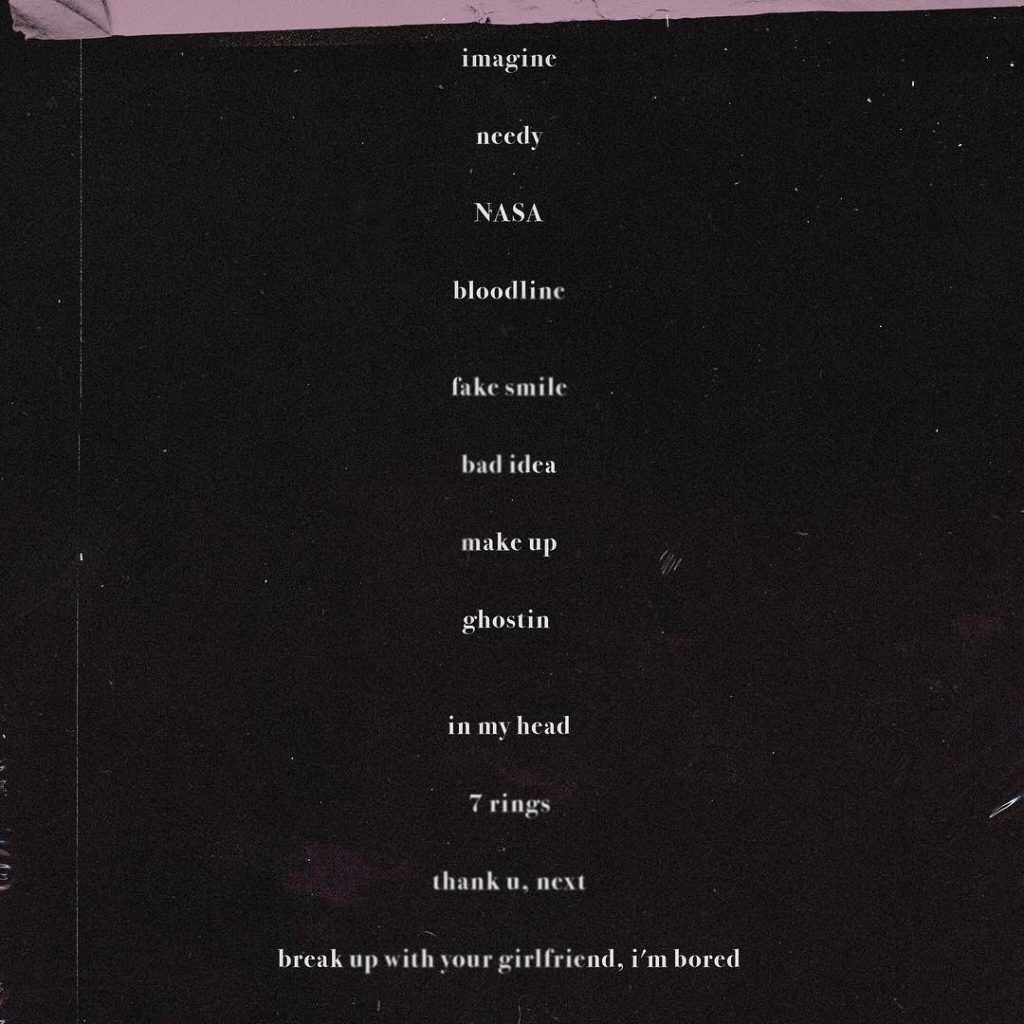 The 10 best gifts for travelers.