Rihanna is getting ready for a heist.

Yesterday (Nov. 3), the 28-year-old Bajan beauty was spotted on the set of Ocean’s Eight in New York City. A crop top, oversized cardigan, and high waisted camo pants completed her character’s look, although we all know she can pull off this look on the daily. 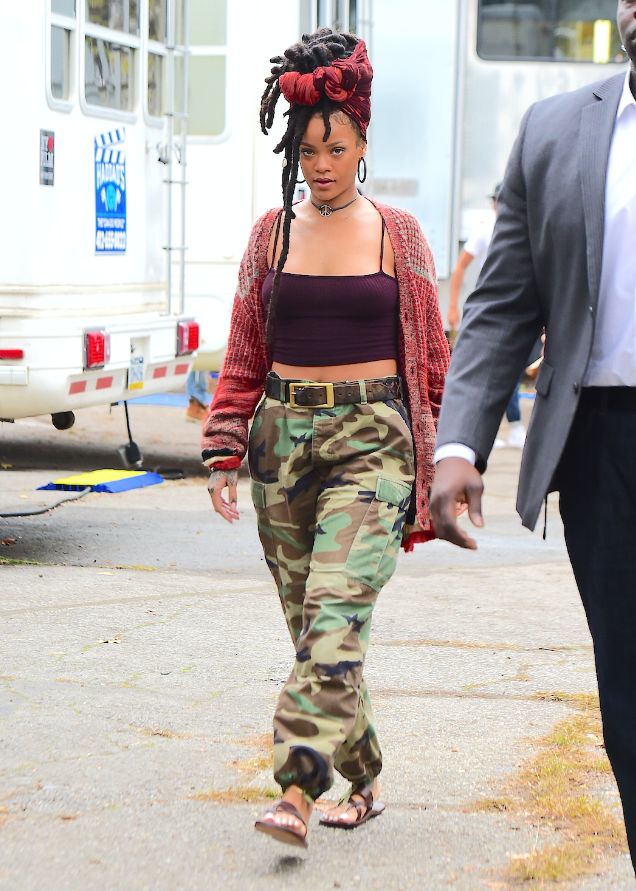 The day before, RiRi was spotted in another costume which included a Bob Marley tee, army jacket, ripped denim, and rasta beanie. 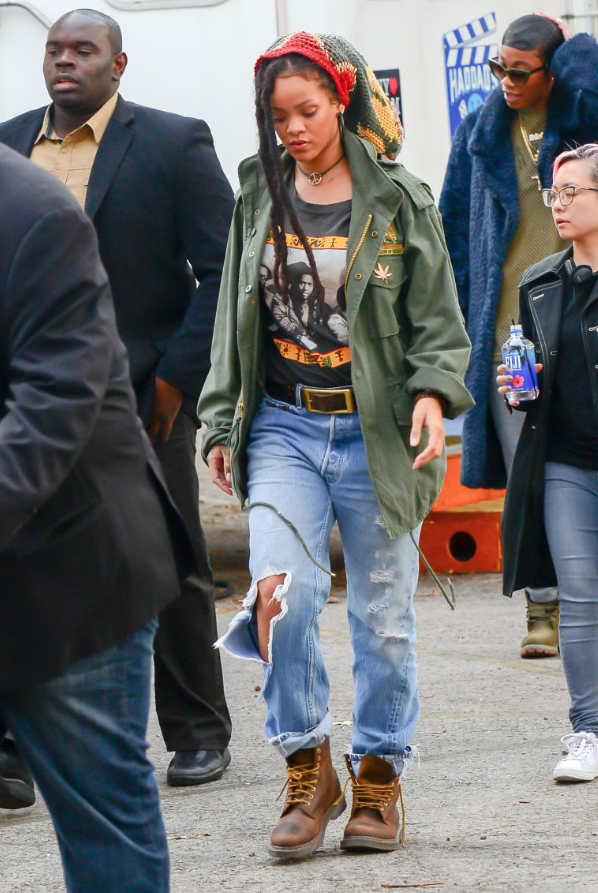 Ocean’s Eight will be Rihanna’s third movie, after lending her voice to the children’s film Home last year, and her debut appearance in Battleship in 2012. Ocean’s Eight stars Cate Blanchett, Anne Hathaway and Sandra Bullock and is set to hit theaters on June 8, 2018.