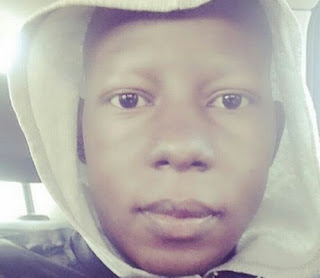 Mpho Ranko's close friends confirmed to our sources that he died at a Johannesburg hospital on Wednesday after battling skin cancer.


He had been in a coma for several days.

"Mpho was a popular blogger and a socialite who dabbled in publicity. He was often the life of the party," said publicist and friend Melanie Ramjee.


News of his death led to hundreds of mourners pouring onto social media to pay their respects, including a number of high-profile celebrities.

Some of South Africa's most famous faces have paid tribute to socialite and blogger Mpho Ranko after news of his death emerged on Wednesday night.

Posting a picture of herself with Mpho, Nandi Madida wrote a heartbreaking tribute.

"A beautiful soul like yours belongs in heaven. You were always an angel... heaven is your home. Thank you for the good times my brother️. Love you," Nandi wrote.

Mpho was admitted to hospital last year. A social media campaign was later launched to raise funds for Mpho after it was discovered that he had run out of funds for treatment.


Mafikizolo's Nhalanha Nciza wrote: "Oh yini 2017!! Another young soul gone too soon. RIP Mpho Ranko. We pray for your family and friends in this difficult time."

Actress Natasha Thahane posted a picture of herself with Mpho and wrote simply: "You will be missed."