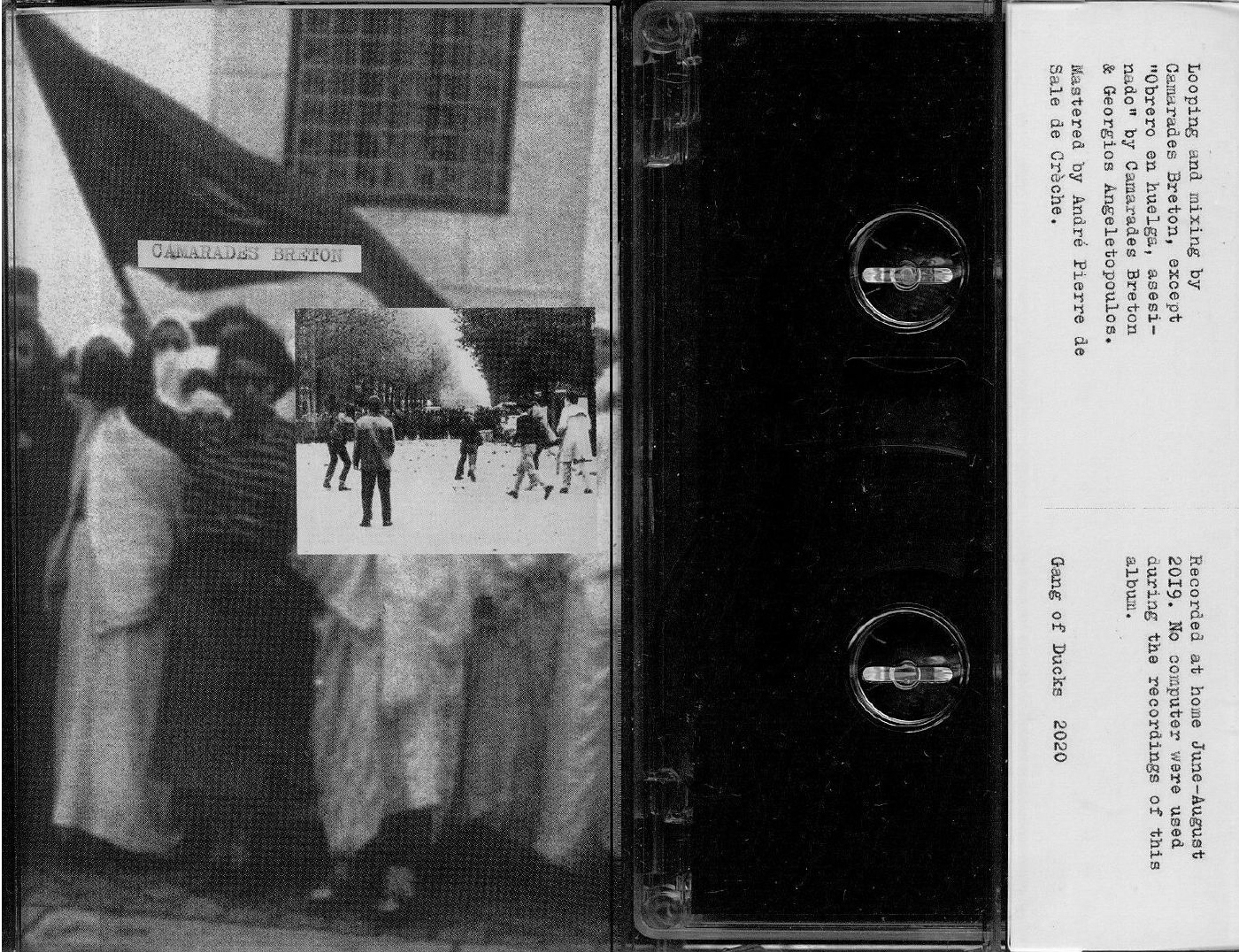 CAMARADES BRETON - Camarades Breton (Gang Of Ducks) The album has been entirely recorded by the artist at home, using only a CMX-5000 CD-J, a twin CD-mixing system rack distributed by Pioneer at the beginnings of the 2000s, and an old two-channel mixer he has been using since childhood.

Lamar Gang – Freestyle
5 Tips to Keep Your Handbag Safe
Markets gaping down a bit, USMCA, Gun…
TRUMP ADMINISTRATION - Acting Secreta…
Chronic Pain Is A Thief (And How You …
Recordings started in a very instinctive and naif way, by simply putting together two very short loops taken from two different sources, just
for the fun of it. Quite soon, however, this extremely simple technique turned into a proper method highlighting a constant struggle between two different forces. As a result of a constant shift of tempo and pitch, the two inputs rarely fit together perfectly. This conflict awakens the producer’s vision, turning this clash of sounds either into an emotional struggle, in tracks such as Stella, or into a political struggle, like in the B-side opening track NoTav which, through the constant tension between the two audio sources, evokes the recent fight against the construction of the Turin-Lyon high-speed railway line that is causing huge social and environmental damages.
The sounds get hijacked and given a new meaning, mostly in a contradictory way, giving life to the sounds beyond their original sources. This method can be compared to that of the de?tournement, as Situationist Guy Debord named it.
The choice of using old material has political reasons as well. Feeling unconfident in producing new sounds in a consumerist and over-polluted Western world where culture has reached a saturation point, the artist decides to recycle some of the sounds recorded in the last fifty years, randomly picking bargain second-hand CD’s or taking them away from the dust at people’s places.
The artwork of the album, made by the artist himself, integrates the conflictual contrasts of the record, juxtaposing a photograph of the 1962 Algerian women’s demonstration for Independence with a photograph of the May ‘68 Paris streets riots – two different struggles with a common revolutionary feeling.
French director Jean-Luc Godard once said that “you need to put together two images to let things happen”. This is probably the best explanation for how this album has been recorded, treating two sound sources as if they were images, waiting for something to finally happen.
The album will be released in a cassette format to encourage an uninterrupted listening, as suggested by the producer. For the same reason, it will be released into just two continuous tracks in the digital version as well.
Ptwschool · Ptwschool Preview: Camarades Breton (Gang Of Ducks #GODREC23)

5 Tips to Keep Your Handbag Safe

Chronic Pain Is A Thief (And How You Can Stop It)