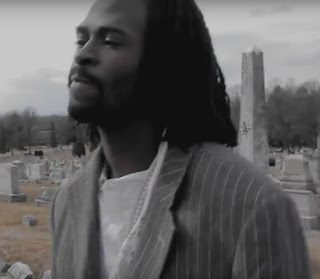 Growing up in a home with two Caribbean born parents E.Z. was exposed to a different culture of music. The love of the tunes influenced E.Z. to get involved in music.

At age 12, while visiting family in Jamaica, E.Z. went to a small studio with his uncle and recorded his first rap. This visit to the studio opened up a new world for him. When he returned home to The States he started taking rap serious.

After two years of honing his craft E.Z. hooked up with a local producer named Twizzle, who included E.Z. on a few mix-tape tracks & compilations. One of these features was on a song called “What do you want” with MTV’s “Making the Band” R&B singer Courtney Kinard aka Chantz Kacey. This song appeared on worldwide music charts beating out songs from 50 cent, Ryan Leslie, Tyrese and Omarion. After appearing in the video for the single E.Z. received request for interviews and features almost on a daily basis. This notoriety encouraged E.Z. to step his game up. He purchased his own studio equipment and produced his own mix-tape “Who He Is” and started traveling all over the tri-state region getting his music to anyone who would listen.

Over the next year E.Z. started creating his own buzz with a strong viral campaign, guest appearances and features on remixes and mix-tapes. In 2009 E.Z. released an online mix-tape called “SkitzoPhrenia” Vol. 1 which was the beginning of a four part mix-tape Series. The mix-tape featured a remix of “Half Of it” with Slip N Slide Records artist Swazy Baby. E.Z. feels that on this mix-tape series he shows you why he has the nickname Skitzo by displaying his many different flows.

E.Z. The Lyrical Skitzo best known for his single “White on Rice” ft. Persia of Vh1 and R&B artist Eddie Kane as well as the hot Shawnna remix “Hide & Seek” ft Twista & EZ The Lyrical Skitzo, continued to grind by doing songs with Bad Girls Club/Tanisha Gets Married star Tanisha Thomas to do a new single called ‘Pop Off’

E.Z. recently caught the attention of Young Money President “Mack Maine”, who runs the site www.igotswagtube.com with Harve Pierre of BadBoy. Mack Maine posted on the site that the track “Sounds like Young Money” and that he would make it the first site feature. Since then they have continued to go back and forth and discuss projects.

At 21 years old E.Z. plays the part of writer, producer & Executive Producer to his own Institution Musik label.