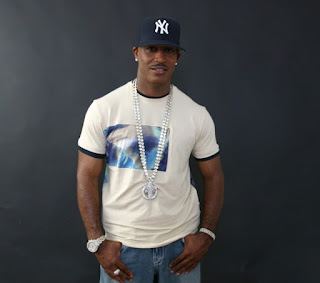 KC Jockey is an upcoming Reggae Pop artist who is hard to define. His style is a little bit 'Kingston' with a side of 'Brooklyn'. He's part R&B with a dash of Dance Hall Reggae. To call him simply a musician does not even begin to scratch the surface of his career in the entertainment industry. Jockey's recent appearances in major motion pictures, his modeling deals with a worldwide clothing line, his stint as official spokesperson for a popular energy drink, not to mention owning and operating his own record label, Jockey is a one man empire with a skill set unrivaled by any independent act in dancehall and reggae music.

KC Jockey was born in Kingston, Jamaica but moved to Brooklyn, NY as a young child. The rising star quickly developed a passion for all things New York--both the good and the bad. The "bad" had him in the streets hustling to get all the luxuries he saw others around him enjoying. The "good" had him embracing his God-given musical abilities, which he finally realized could provide him with the same lavish lifestyle as the hustling he saw going on around him. After his mother passed in a tragic accident in 1997, Jockey dedicated himself to the studio, often working through the night to perfect his craft. The hard work paid off in 2000 when Jockey launched his record label, Sweet Sadie's Productions, appropriately named in honor of his mother.

Fast forward to 2010 and KC Jockey enjoyed success not only in The States and in his home country of Jamaica, but all over the world. Jockey's wide musical appeal has landed his past singles on the charts in the US, the UK, France, Jamaica, and beyond. His ever-changing style has even allowed him the rare opportunity to spread music across the charts in multiple genres including Hip Hop, R&B, Reggae and Latin Music. Some of Jockey's most successful singles have included "Runway Bounce", "Talk of the Town", and "Rub Your Body".

Jockey has received favorable attention for not only his hit singles but also for the breathtaking Music Videos that accompany them. The video for his single "Diggy Diggy", which was filmed partly in his hometown of Kingston, Jamaica, received considerable plays on BET's show "Uncut". Jockey has also been featured on BET.com for his "Rub Your Body" music video and on Billboard.com for the video of the single "Shake".

KC Jockey's natural charisma gives him the ability to tell a story through something as short as a music video; as you can imagine, it wasn't long before feature-length film producers took notice of his on-screen talent. Jockey has made cameo appearances in the blockbuster hits "I Am Legend" with Will Smith and "American Gangster" with Denzel Washington. He has also played significant roles in many other independent films like "What Goes Around".

Jockey's infectious smile has landed him jobs as the face of many of the hottest new products on the market. He is currently one of the faces for the fresh new clothing line 4.U.2.N.V (who have featured him on their New York City billboards), and is an official spokesperson for the popular energy drink Xtamina.

Despite all of these time-consuming commitments, Jockey continues to give back to the communities that have given him so much. His charitable efforts include working with schools to guide young students down the right path in Atlanta, Georgia, volunteering his time and efforts to a school for the blind in Jamaica, as well as contributing to Boys & Girls clubs in the States, an HIV Hospice organisation, and school building efforts in Jamaica.

When you look at KC Jockey's track record of success there is no doubt that he is quickly on his way to becoming a household name for not only his music but his vast array of talents. His newest singles, "When U Look At Me" and "Single 4 One Night" are already creating a buzz in the ears of music industry insiders and will no doubt be flying up the charts here and abroad, like so many other songs of Jockey have done in the past.

One thing is certain about KC Jockey - he is a one of a kind artist and the likes of whom the music industry has never seen.

Listen out for "Girl You Are Free" and "Livin' In Love" on SkunkRadio Live.