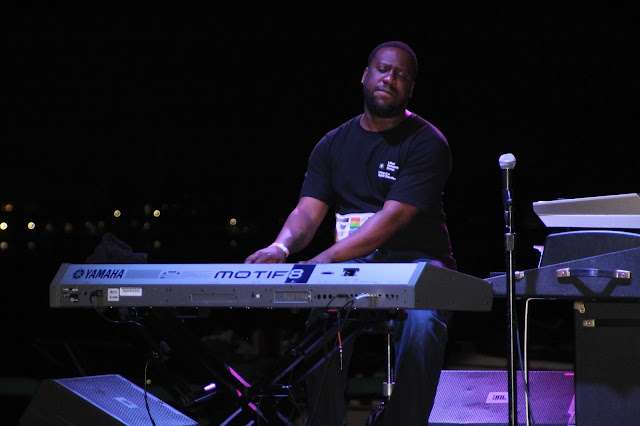 By Anthony Alden X.U.M.M.
ROBERT GLASPER TRIO
Robert Glasper applies traditional jazz with a mix of hop-jazz which enable him to capture a broad appeal of non-traditional listeners. The trio consisted of Robert on piano,and his long-time jazz trio of bassist Vicente Archer and drummer Damion Reid.

Blues Jazz Guitarist Singer Guy King …
The BEST Harry Potter Pumpkin Juice R…
6 Interesting Places To Hold Your Nex…
Kabza De Small & Aymos – iParty Yam
Netflix Secret Codes for All Those Hi…
Glasper's earliest musical influence was his mother, Kim Yvette Glasper, who sang jazz and blues professionally. She took him with her to club dates rather than leave her son with babysitters. Glasper has said that he first developed his sound in church, where he learned his own way to hear harmony, and was inspired to mix church and gospel harmonies with jazz harmonies.
Glasper attended Elkins High School in Missouri City, Texas. Glasper's first album, Mood, was released by Fresh Sound New Talent in 2004. Traditional Jazz seem to be a lost art among new schoolers.
Glasper is not only introducing a new generation to the fundamentals of good instrumental jazz but has been quit successful at seamlessly fusing jazz and hip-hop together.
The stage vibe was set in an Afro Blue Light mood as he performed for a packed house of head-bobbing interludes and chord progressions, reminiscent of soulful hip-hop production.
Mr. Glasper was quoted saying that he began to notice that his trio’s following skewed younger and more African-American than the current norm in jazz. “All the club owners were like, ‘Hey, we don’t usually see this kind of crowd,’ ” he said. “And I love the fact that you go to my show, you see a 17-year-old black kid and an 80-year old white woman, bopping.
Chene Park Amphitheater will be hosting some top names in Jazz, R&B,Hip hop and Old School Soul. 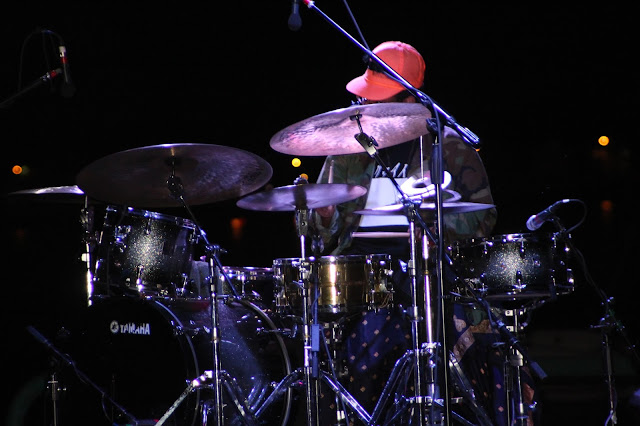