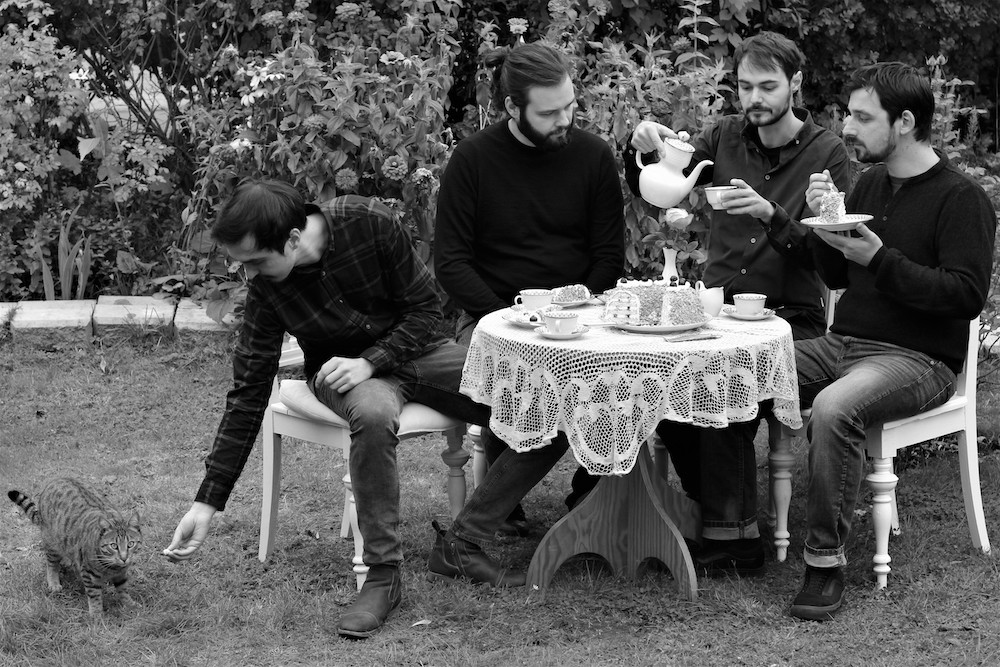 The Danish word Rædsel comes from a book by Kierkegaard and means fear. Four piece post-rock band from Kassel, Germany Rædsel release Menetekel which is not a conventional post-rock album. Menetekel sheds light on the compatibility of complex and putatively simple music. The music combines complex elements of progressive rock/progressive metal and accessibility and catchiness of modern rock songs concerning the instrumental approach and the song structures. Rædsel questioned the limitation of purely instrumental music and now includes vocals as a tool to express on another level, to deal both with formal and substantial aspects.

The titles of the songs as well as the lyrics of the only not purely instrumental song Treetop indicate the felt powerlessness that emerges in situations of fear (Rædsel) and an impending threat (Menetekel). Band members say: “It deals thematically with a “Meneketel”, a sign of impending, unknown threat. In the four songs and the interlude, there is always a conflict between positive and negative moods.”

Now it is listener’s turn to solve Menetekel or get lost in it.

Do Americans Require a Visa for Visit…
It’s Me – Chapter 17
Music Profile: Jackie's Boy - R&B Art…
Solving For “Why?”
Summer in Germany: Three regions for …

The post Solve the Menetekel with Rædsel appeared first on Fluttery Records.