Swerte From The Recipe releases his first solo song! 🇦🇪🇮🇩 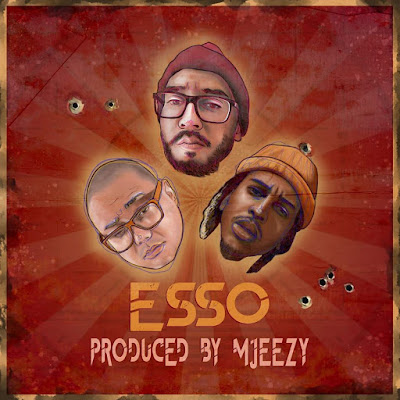 Had a quick chat with Swerte about the record, check it out below:-

re-volt: It took a long time for you to release a solo song, salute to you for the career you had/having in music. Take us through the process and feeling about releasing your own work solo?

Swerte: Thanks! To be honest, I’m kind of surprised myself by how long it took to actually put a song out commercially and it only clicked in my head when I had it uploaded and ready to go before I was about to click “Send” that, damn! it’s taken me 22 years to do this!

I guess I always felt like I wanted to understand the Industry as best as I can before I released anything that people would pay for. It was kind of a similar process with The Recipe and it took us a long time before we released our debut album but I think that experience helped give me the confidence to do this. Especially with the team that I have supporting this release. It’s been emotional. Starting as a young teen and nearing 40 before releasing something properly.

re-volt: how did you choose the artists you collaborated with on this track. What was the reason behind selecting them to go to this new territory for you?

Swerte: I have so much respect for the two of them. Seeing Freek grow to the artist that he is has been so inspiring and humbling to know that, as The Recipe, we had a small part of that. Saykoji I’ve never actually met but I’ve known him for so long because of his music back home in Indonesia and I learn so much from watching what he does.

Its super inspiring to see someone be completely independent and make a living the way he does with his art. So when it came to finalizing this track and making it complete, I knew i wanted to ask these 2 Artists to work on it with me. The fact that they both said yes when they heard the song only boosted my confidence more so I knew I was doing the right thing leading with this.

re-volt: bridging Indonesia & UAE together on one track. How did the idea of the track come about and how has the reaction been a far?

Swerte: I’ve been working on a lot of songs with the idea of bringing my two worlds together. Working with artists from the home where I currently live and artists from the home where I was born and grew up. Both places shaped me and the artists from both homes play such an important part in my life. It’s been amazing seeing the reactions online and especially how people have accepted the track despite it having 3 different languages on it. I hit over 20k plays on Spotify in 20 days which was a huge milestone for me personally. At this age, I’m sure you know how great it feels knowing people appreciate your work in a field where youth dominates and many times dictates whats dope or not.

re-volt: any exclusive news you can share with re-volt about upcoming projects ?

Swerte: Im working with you!!! We got something really dope in the pipeline that also bridges many borders and I can’t wait to share that with everyone!!

Check out the song below.

Swerte From The Recipe releases his first solo song! 🇦🇪🇮🇩