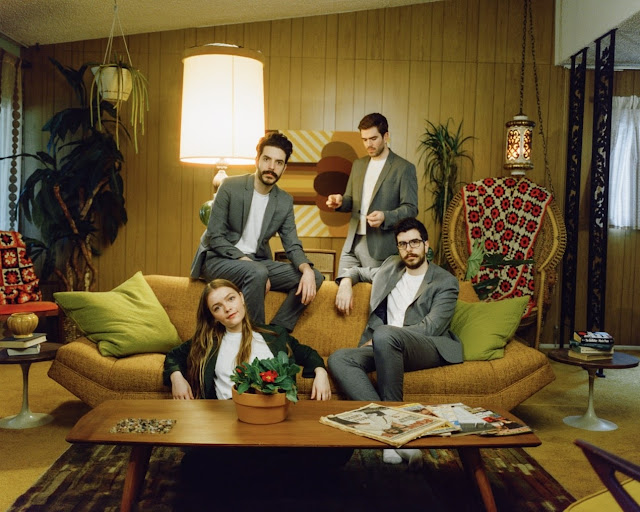 As the band's new album ‘The Sun and Her Scorch’ approaches its release on Communion Records on July 31st, the Canadian four-piece unveil their latest single, Roman Candles. A track of aspirant proportions, their new effort is filled with breezy synth pad melodies and euphorically rising mid sections, all neatly intertwined by Katie Munshaw's soaring vocals. Speaking about the track she explains: "‘Roman Candles’ is about how insecure I feel being someone who’s pursued music as a job. I’ve often felt jealous of friends who’ve taken more traditional paths in life. Some have gone to university and have 9 to 5 jobs already and have to buy funny things like lawnmowers and cutlery. I know that sounds silly but I have a real fear I’ll never own a home or be able to support a family because of the decision I’ve made, so of course, that’s scary. I think I’ve quit the band a dozen times since we started and then wind up taking it back an hour later because I know it’s just fear talking." Take a listen below with the accompanying Parliament Pictures Co. created clip.

The Inevitable Decline of Bitcoin – Bitcoin Crashes Below Key Support