Mandatory Vinyl: 1886 - Before The Fog Covers The Mount 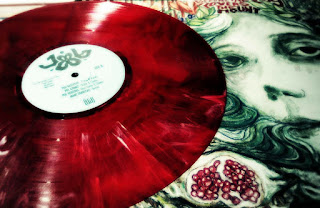 On this edition of Mandatory Vinyl we’re going to talk a bit about an album hailed by many as one of the best albums of 2015. The album was released digitally by the band in early 2015 via bandcamp to critical acclaim. I myself was all over the album from the get go. 1886 just have that something special the heavy underground constantly seeks out. They aren’t so much ‘heavy’, yet Before the Fog Covers the Mount has a way of paralyzing the senses with its supremely elegant output of psychedelic blues. So why are we talking about a digital on the Mandatory Vinyl feature? Simply being in this day and age I’d have to guess that most folks hear the albums on digital either before they purchase the album on vinyl or don’t purchase the albums on vinyl altogether. Hell, we all know most folks in society won’t be caught dead listening to awesome music but not you wave riders, if you’re reading this article it qualifies you for having good taste, and 1886 tastes better than my mom’s better-than-sex cake (Seriously) I myself rarely order up an album on wax without at least streaming and listening to a couple songs. Routinely the free stream in full will sell me on the vinyl if it is superb. 1886 was that band in January of 2015, yet there was no vinyl option. Luckily for us the album was picked up by newcomers in the heavy underground boutique label scene, specializing in releasing killer albums to the hardcore fans in limited quantities. 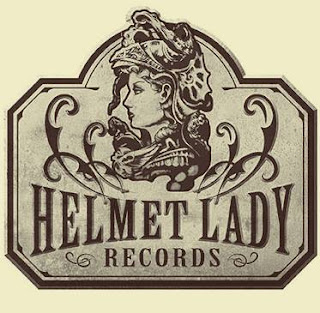 Helmet Lady Records agreed to sign the band to their relatively new label ran by music aficionados Russell Mullen and partner Lawrence Saverio (former Cosmic Shakedown bassist and current member of Stone Priest). What makes these labels legit is they are in it for the love of music. That’s a pre-requisite in this day and age for ensuring the reputation of the label maintains a high percentage of quality music agreed to by a high percentage of the fan base. Helmet Lady has also released albums by several other killer bands with vinyl up for grabs in the store now. Check the page out here for a taste. These are the labels worth supporting, as the folks put in hard work and dedication for the mere essence of spreading the word of good music and love of the game. 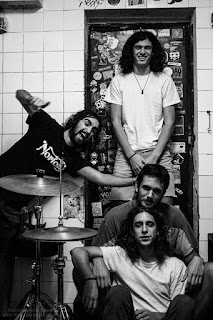 Now onto 1886…… I’ve been meaning to write about this band for a long time. In fact, I took the Before the Fog Covers the Mount has a great sound for a turntable to digest. 8 songs in length with the absolute perfect structure for a full length heavy duty LP, 1886 brings the heavy classic rock of the 60’s and 70’s to the forefront of the modern music scene. I compared the sound to Stubb and The Golden Grass, back upon release for a modern comparison, and stick to that sentiment for the most part to this day although they totally own their sound. The songwriting is stellar and the overall tone is immaculate. On the turntable the album almost seems to last even longer than listening digitally on the go. I mean for each of the 22+/- minute sides of wax, it’s not one where you feel yourself having to get up to flip over as soon just as you got comfortable. It allows for slight meltage into the couch to occur before having to flip the heavy duty disc. The mellow fuzzed out reverb echoes its groovy licks off the walls of your skull like a heavy fog floating amongst a craggy peak.
Ever since receiving the gorgeous wax in person I’ve felt like a better person. Literally, owning this record elevates you into the next bracket of happiness in overall life.
The epic psyche melodies murmur against a vocal sounding eerily resonant to underground hero Dax Riggs, which speaks for itself. The rhythm floats into an endless Spanish sea of riffs as the 4-piece jams into segments of trance inducing psychedelia exiting with more jam-ridden stoner fuzz. The separation between songs on the vinyl output allows for a deep breath and moment of reflection before the next bluesy solo swelters into your soul.
The artwork deserves its own review which won’t be featured today, but take a look at that. With the Die Hard pack (still available) you get an 1886 patch and a super limited poster in two versions of a monochrome rendition of the cover art (limited to 25 each). The good news is there are still copies left and waiting to find a home to one of only 50 people in the world. This is MANDATORY folks. I originally just grabbed the standard edition, which is killer in itself, but my OCD is kicking in as I write this review telling me I need to get the Die Hard Pack as well. My new listening room needs some music art to hang and this cover art may actually get approval from the missus. Either way, I am fortunate to own this record, and am a much better man for it. Join the ranks, support the scene, and keep these boutique shops on their toes, by selling out these super limited editions. You cannot afford not to folks!! Let’s make some waves.
-The Huntsman

Mandatory Vinyl: 1886 - Before The Fog Covers The Mount