THE HISTORY OF HEAVY METAL

Cream is one of the best known bands which appeared early in the genre known for classic songs like Sunshine Of Your Love and White Room. The Jimi Hendrix Experience featuring the legendary Jimi Hendrix on guitar and vocals was incredibly revolutionary and remains a strong influence on musicians today, especially guitarists. Groundbreaking albums like Are You Experienced?, Axis Bold as Love, and Electric Ladyland were pivotal in the future direction of rock. Led Zeppelin was also a big contributor to the movement incorporating in heavy thudding guitars and high almost screaming vocals. Deep Purple's classic Deep Purple In Rock showcased Ritchie Blackmore's classical guitar style juxtaposed against the intense screams of Ian Gillan's vocal. 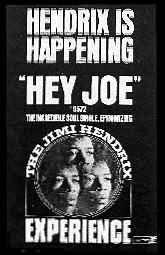 In 1970 Black Sabbath made what many consider to be the first true heavy metal album self titled Black Sabbath followed in the next few years by Paranoid and Master of Reality. Guitarist Tony Iommi, vocalist Ozzy Osbourne, drummer Bill Ward, and bassist Geezer Butler churned out gloomy heavy churning riffs and rhythms accompanied nicely by Ozzy's eerie vocal style. This Birmingham act nearly single handedly defined the essence of the heavy metal genre combining a fascination with dark mythological and religious subject matter juxtaposed against the reality of a working class life in poverty ridden industrial Birmingham during the early 70's.

Newer bands like Judas Priest, Queen and Blue Oyster Cult took up the mantle of these older bands and added their voice to an ever growing revolution in rock music. Queen was the most experimental of the groups combining interesting and beautiful melodies with classically inspired harmonies which bordered on progressive and experimental rock. Kiss took the genre to a fevered pitch using classic elements of theatre such as fire and fake blood to keep audiences interested. In the late 70's heavy metal went through a decline and the giants of the early 70's started to loose influence due to deaths and personnel changes. AC/DC, Judas Priest, Queen, and Rush kept the genre alive but only just.

The early 1980s saw a revival of metal of a sort with bands like Ozzy Osbourne and Motley Crue among others. Unfortunately due to highly commercialized excess driven hair bands the genre was sent in to another decline where the music would be reabsorbed into new genres. By around 1990 most heavy metal had evolved into other rock genres like hard rock, grunge, gothic rock, gothic metal, thrash metal, speed metal, doom metal, and nu metal.


This post first appeared on Kakijamm, please read the originial post: here
People also like
Breaker tripping for no reason
Wayne Rooney 'urges Erik ten Hag NOT to play Cristiano Ronaldo against Liverpool'
Long-range semiconductor defects come into view
Angels Landing at Zions
LYRICS: Pdot O – Holy Ghost Cry
How To Help Your Husband Get On Board With Prepping – Part 2

THE HISTORY OF HEAVY METAL