U2 The Unforgettable Fire Remastered 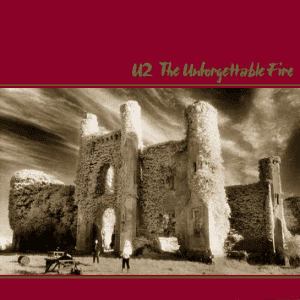 U2 are remastering The Unforgettable Fire for its 25th anniversary which I think is their most underrated album especially since the Joshua Tree is really the companion to it and we all know the Joshua Tree is good but not as good as the critics say. Anyways, what is so special about this reissue?? Well...their will be 4 different versions that include B-sides from TUF sessions, live recordings and other goodies.

The 4 versions include:
1. Vinyl album version
2. Standard remastered CD version
3. Deluxe double CD with 36 page book
4. Limited edition deluxe box set which includes the double CD version , 56 page book, 5 prints and a DVD with a making of doco. In case you were wondering I will be buying this one!!!

Rumour has it that this is the tracklisting:

Main Album - I presume this will be all retouched like their other anniversary reissues
1. A Sort of Homecoming
2. Pride (In the Name of Love)
3. Wire
4. The Unforgettable Fire
5. Promenade
6. 4th of July
7. Bad
8. Indian Summer Sky
9. Elvis Presley & America
10. MLK

The most interesting thing here is the inclusion of Disappearing Act which was originally started in 1983 with Eno and Lanois and called 'White City' at the time but was revisited again this year. I love how the lads revisit songs that didn't make old albums how fantastic. They played a snippet of it in an interview with BBC radio and you can hear it below. By the way, it's not the greatest quality but it will do.

Are you as excited as I am for The Unforgettable Fire reissue which will be released on October 27th.

U2 The Unforgettable Fire Remastered