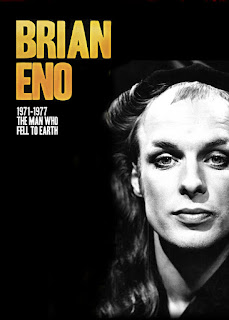 Copied from my Tumblr of course

I am only just now beginning to recover from a weeklong Eno bacchanal brought on by the viewing of this 2-1/2 hour film. During this last week, I:

My conclusions other than Brian Peter George St John etc etc is a fricking genius?

The funny thing about it all, the funny thing about my characteristically over-the-top reaction to seeing the film, is that the documentary itself is not itself perfect. Eno was not interviewed for the film, and even archived footage is used only two or three times. I'm not really surprised Eno didn't cooperate with the making of the film, but he has led a fairly public life, even if you limit yourself to the time since he for the most part quit making vocal based rock and roll.

It's surprising to me that more footage could not be dredged up. The film instead relies on still photos, and really, the ones you've already seen, that bounced around the screen while critics of more or less considerable credentials talked over them. 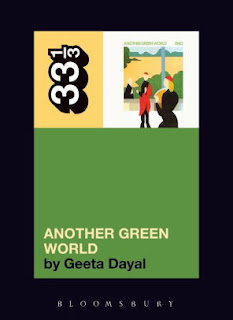 Brian Turrington of The Winkies--and three of the four vocal albums--told the best stories (and the ones I didn't already know) while Jon Hassell was gone so fast you weren't sure he was there.

So lots of observations, lots of theorizing, and lots of headshaking at the oblique methods from observers and theorists and method actors. But not that much from the man himself, and that's what would have really capped off this properly-directed tribute most effectively.