King Titus (King Titus Robinson) (born August 6, 2001) is an American singer-songwriter, rapper, dancer, and model. A native of Pasadena California, King Titus at an early age, would always dance and compete in talent shows at school. He wrote and produced his first single at age 11 which eventually went viral hitting 7 million views on YouTube. He was also able to draw the attention of the great Stevie Wonder and had an opportunity to work with Warren G. On top of many great accomplishments while being so young, at age  11 he signed with ASCAP. The 19-year-old King Titus started out in this music business at the young age of 7.  He is in awe of the new styles and fashion that’s advancing in the industry today and plans on showing off some of his o 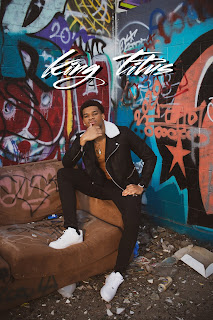 wn. King Titus is destined for success in the entertainment industry as he continues to showcase his talents to the world.