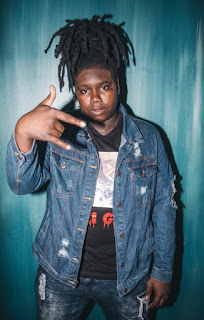 Nuski Baby
Regina Lambero, better known by her stage name Nuski Babyis an American bounce rapper from New Orleans, Louisiana. Her unique style of singing is making her popular with time, as her Music icons are American Rappers Lil Wayne and Mannie Fresh, which dictates her passion towards music.

Juvenile diabetes and life insurance
Seal Shore campsite
Cat Coronavirus Diary – Day 9
How to Grow Your Online Business by O…
Rap Jay – Free Bonto
What is Nuski Baby Famous for?
Nuski Baby got popular after the release for her videos song "Ain’tF*** With Me" and "Money In The Bag". That being said, she also released a song called “Gangsta Bitch” which gained a tremendous amount of popularity amongst social media channels such as TikTok.
Her Early Life
Born on January 20, 1992, in Georgetown, a neighborhood in the city of New Orleans, Louisiana, USA. Nuski Baby holds American Nationality and has a place with Afro-American Ethnicity. Her Zodiac & personal details are not yet known. She became an orphan since her birth and was raised by a foster household in her hometown "Gerttown". Even though her childhood wasn’t as fun as other children, because all she had to do was by herself, as she got very little support from her family. Even though there was a lack of support. But her foster care family were musically talented that helped and influenced Nuski to develop her interest in a musical career which was also her birth talent or God Gifted.
With a tremendous amount of support from her colleagues and family, she gained the courage to start singing hip hop songs from the age of 8.
Nuski Baby’s Career
As mentioned that Nuski Baby started singing from the age of 8, and that time, in 2000. Her childhood inspirational artists were American rappers like Soulja Slim, Lil Durk, and others. At mere age of 17, she was already making bounce music and producing beats that soon became famous all over the city of New Orleans. As time passed, she had a huge increment in her musical & singing skills and she became a well-known music artist or DJ of New Orleans City. Many Clubs and party organizers made their first choice of DJ to Nuski Baby in New Orleans.
She is also a High School Diploma graduate and also attended Louisiana State University.
Nuski became member of a local rapping group called “Real Niggas Relate Ent” until 2013. After a few years, she went solo and took her music seriously, making it to the next level when her close cousin “Bobby'' died at the age of 22. She then took her music career more commercially and professionally and gained nation-wide recognition.
Since then, she had been working on her new projects and never stopped learning more.
Her first ever project was a mixtape called "Trap God". She dropped 2 videos “Ain’t F*** With Me” and “Money In The Bag” off the mixtape.
She gained more popularity from the start of 2019, as she released a number of Single songs that became popular in Spotify and were liked by many listeners, which gathered a huge audience for her songs.
Her albums and songs are available on many online sites and media service providers like Spotify, Corpuz store, Amazon Music, and Apple Music "iTunes" too.
Achievements & Awards
Nuski Baby has won the Grammy Award for Best Rap Performance.
Upcoming & Current Plans
These days, she is working even harder to make her bounce music more effective and popular among the listeners. She is working to commercialize and to make her music more professional and taking it to the next level so that she can earn enough money from her music career as well as improve the quality of her songs for her fans and make a fruitful environment for the new listeners.
Social Profiles
Spotify: https://open.spotify.com/artist/4vRfI29tZIbAa5ySKLXZZi
Apple: https://music.apple.com/us/artist/nuski-baby/1455883027
Youtube: https://www.youtube.com/user/reginalambero
Instagram: https://instagram.com/1nuskibaby
Sound Cloud: https://soundcloud.com/nuskibaby