Dogecoin is Reflecting Bulls Against …
5 Ways To Share Your Skills With Othe…
What Is So Unique With The Baby Boome…
WAR AND PEACE - Colombia Style
Where Songs Come From: Boy Gone Bad (…
BILLY IDOL 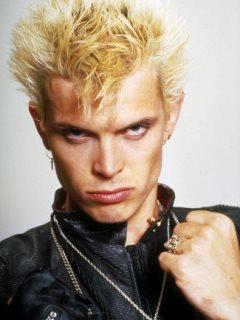 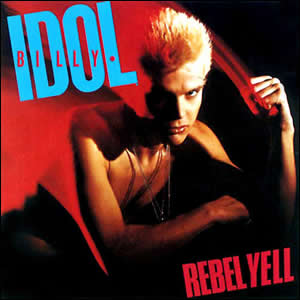 Billy Idol was one of those crazy, proper full-on Rockers.  The drugs, the booze and the near death experiences were all that made the headlines after he went solo from the great Punk band Generation X.  That aside the guy made some fabulous Rock records! I had heard of that band through songs like "King Rocker" and "Valley Of The Dolls" but Billy caught my attention with a re-working of "Dancing With Myself".  The self-titled debut solo album was a more mature Gen X with a New Wave spin.  When "Rebel Yell" came with the brilliant Steve Stevens' guitars and musicianship more to the fore and Keith Forsey's amazing production Billy was prominent on MTV with his made-for-tv good looks, Elvis sneer and edgy videos.  "White Wedding" was the song that got me into being a major fan of the man.  Billy was an English, bad ass rocker who had taken America by storm, this album was the stepping stone to massive stardom.

Amazingly, this album only reached number 36 in the UK, for some reason this country was blinkered to our own success story! It hit number 6 in the USA, no wonder he moved over there, the UK just didn't get it.  Anyway, the album spawned four singles, the first being the title track "Rebel Yell" which only reached 62 but hit number 6 on its re-release in 1985.  The song is a rip roaring fast tempo rocker, full of Rock guitar riffs and a stomping keybaord theme throughout, complete with Billy's snarling Elvis throaty vocal.  Add to that a memorable chorus its just a great song! "Eyes Without A Face" was the next single and it became, at the time (before the re-released singles in 1985), Billy's first big hit, reaching number 18 here in the UK.  The slower tempo ballad-like song had a lovely melody which disguised the dark tone of the lyrics.  The third single "Flesh For Fantasy" only reached number 54 in the UK chart and was a very experimental song.  All the Rock elements were there but with some enhanced atmospheric electronic sounds, still a classy record ahead of its time in 1983.  "Catch My Fall" the last single from the album reached a disappointing 63 in the UK.  It was a medium paced rocker with some saxophone and although a great song, the remixed version on the album "Vital Idol" was much more punchier.

"Daytime Drama" is a mid tempo Pop Rock track, Billy's vocals are toned down more than normal, almost crooner like.  The musical backing is reminiscent of the early 80s bands, such as The Police, The Cars etc.  Really nice song though proving that Billy wasn't just a brash, snarling rocker, he could pull it back a bit and sing a nice ballad.
"Blue Highway" is back to the Billy we know and love, best to play loud! A rousing Blues Rock song.  Just for reference check out the live version on the later Expanded edition of "Rebel Yell", it is awesome.  This is pure Rock N' Roll, man.
"Crank Call" is almost classic 80s Pop Rock, akin to the likes of early Bon Jovi and Def Leppard.  Guitar riffs and solos, throbbing drums and Billy's soft vocals building to a crescendo of pure Rock for the chorus.  Another gem for the album.
"(Do Not) Stand In The Shadows" is a weird one but it works.  Starts off almost sweetly then pounds into a Punk rocker going back to Billy's Generation X days.  The relentless beat with its sing-a-long chanted chorus is a class throwback to the late 70s and early 80s.
"The Dead Next Door" is a very eerie, sobering end to the album.  It is beautifully sung and is a very poignant, mysterious and emotive song.  It is just like Billy to experiment with all genres and styles as he has always done.
CHECK NEW MUSIC EAR FOR MORE COLLECTION FAVOURITES!