I’m sending up flares, but no one see…
The Best Place to Throw Sharp Objects
3 Terrible Reasons To Ditch Your Sobr…
From Newbie to Digital Marketing Expe…
$50 Million Stolen from Upbit
JEFF McCALL 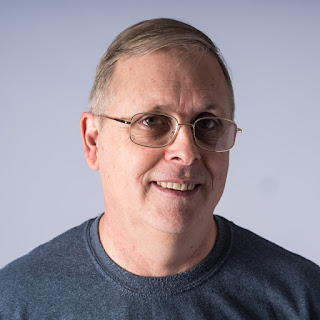 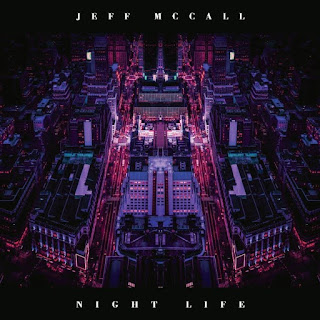 By Andrew Goodwin for NEW MUSIC EAR www.newmusicear.com.
ALBUM SUMMARY - "Night Life" is a great album for those who love the 80s Electronica and Synth Pop bands.  Jeff has made an album that takes you back to those great musical times.  With every Song, every listener will find something new that reminds them of a certain artist of that era.  There are elements of Erasure, Human League, Heaven 17, Thompson Twins, Kraftwerk, New Order and many more.  Jeff has used his vast knowledge of the genres to create something very special.  It is like an 80s time capsule in musical form.  Jeff is a great singer as well as a songwriter and this perfect retro album will have you reliving those nostalgic memories of the best music decade. "Night Life" is 80s life!
01 "NIGHT LIFE" -  This opening track reminds me of Heaven 17 with a hint of Krafwerk's electronic vocal backing on the chorus.  Bright and breezy with a great vocal, a pumping electronic beat and catchy chorus.  Sets you up nicely for the nostalgic glimpse into your 80s past that is to come.
02 "HAVEN'T I TRIED" - Starts with a person walking and whistling before the footsteps change into a throbbing electrobeat, synths and handclap sounds.  The verses are clearly Erasure-like but the chorus somehow changes into Neil Tennant of Pet Shop Boys! Great song, the chorus is sing-a-long catchy and the vocals and composition are perfect Electro Pop.
03 "WHEN YOU FALL" - A powerful and emotive Electro Rock ballad with an eerie atmospheric style.  As a big fan of Duran Duran and Spandau Ballet it reminds me a little of their very early albums.  The chorus is akin to David Sylvian of Japan, with that low, almost monotone dark vocal which adds to the track's ambience.  Great track.
04 "NEW HORIZONS" - The vocals on this track remind me of Midge Ure (of Ultravox fame) intertwined with a musical style of The Thompson Twins.  Really nice emotional vocals in what sounds like a positive song of hope.  Proves that Jeff isn't just a one trick pony, he can throw out a moving ballad as well as catchy Pop.
05 "SEE THE TEARS" - With a pumping Electro Disco beat and full of Electronic effects this is a mash of New Order and Orchestral Manoeuvres In The Dark.  The quickfire non stop vocals keep the track ticking over, Has elements that make it sound like a superb remix which could have been a hit in the clubs at the time.
06 "AM I DREAMING" - This track is the one most sounding like Human League.  My favourite on the album by far.  Jeff gives us his best Philip Oakey vocal and its so good it takes me back to 1981 when I first bought the "Dare" album.  The biggest compliment I can give, is that this could be ON that album!
07 "CAN YOU FEEL" - A New Romantic sounding track which is atmospheric in style.  Trying to pin down a sound that it reminds me of and I had to pick three! So it is one part Gary Numan, one part A-Ha and one part Visage.  Jeff has great 80s knowledge and knows how to create special songs that just instil memories of your favourite 80s artists.
08 "LOVE LOST" - Perfect Synth Pop at its best, emotive with a lovely chorus.  Could be Vince Clarke and Andy Bell at their peak Erasure moments.  As good as one of my favourite songs by the band, "Ship Of Fools".  Top song!
09 "LIFE DRAMA" - Just when you think you have pinned the artist Jeff is thinking of, he slaps you in the face with another one in an instant! Alphaville, Blancmange, Erasure, Heaven 17 and Yello all came in my head on listening to this.  A great uptempo Electronic Pop song.
10 "HIDEAWAY" - This final song on the album didn't grab me instantly as the previous nine tracks.  Maybe its because it is an album rich in excellence and full of "hit" songs in my opinion that this one maybe falls short.  It is still a good song, imagine the scenario, Glenn Gregory of Heaven 17 meets Thomas Dolby who then both agree to create a song with Kraftwerk.