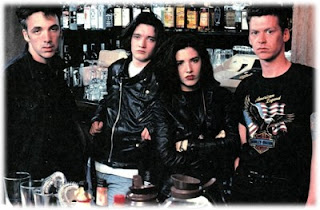 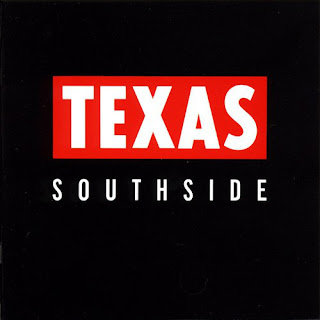 When I first heard "I Don't Want A Lover" with its thudding marching band beat and Country tinged twang slide guitars with a distinct American Rock vibe I was taken aback.  Thinking this was an experienced band from USA calling themselves Texas.   The voice of Sharleen Spiteri is just pure, soulful and effortless.  She is still one of my favourite vocalists today, a fantastic voice.  Along with their other Scottish counterparts Del Amitri, Hue & Cry, Deacon Blue and The Proclaimers they brought a brand new sound to the late 80s when music was getting very stale indeed.  Although this album didn't lead to mega success until another 8 years later ("White On Blonde") it got them noticed.

This album was the debut from the band and reached a very creditable position of number 3 in the UK chart.  For a debut offering it was a fabulous start.  The lead single, the aforementioned "I Don't Want A Lover" reached top ten peaking at 8.  Texas had arrived.  The second single, "Thrill Has Gone" was supposed to carry on where the debut single left off, but it only reached number 60.  Slightly more Country Rock than "..Lover" and a more minimal backing, a great song but maybe the slower tempo didn't attract listeners to it.  "Everyday Now" was the third single reaching number 44 and remains one of my alltime favourite songs.  Sharleen's vocals get front and central and it is a beautiful lilting Blues/Soul ballad.  An absolute cracker of a song full of emotion.  The final single to be released from this album was "Prayer For You", a chugging guitar driven track, harmonised vocals, positive vibes and an anthemic Acoustic Rock ballad.  Great guitar sounds.  This one only reached 73, I guess Texas were a little too musically talented for some people's tastes in the late 80s!!

"Tell Me Why" would have been a great single.  Similar in vein to "I Don't Want A Lover", same tempo and a range of soft and powerful vocals from Sharleen.  More Pop Rock than the singles and radio friendly.  Still the driving guitars and beat remains.
"Southside" is a lazy, laid back Blues Rock instrumental lasting just less than 2 minutes but its a great interlude.  Would have loved this to be longer, very cool.
"Faith" is another classic piece of guitar driven Pop Rock, with some great guitar work akin to U2 and Simple Minds of the mid 80s. Sharleen once again steals the show.
"Fight The Feeling" has a sound of the early 80s Rock, similar to the likes of Laura Branigan with a little Fleetwood Mac, Berlin and Belinda Carlisle.
"Fool For Love" has the atmospheric Rock sound of U2 but the vocals of Sharleen really life this slow burner into life when she hits that huge chorus.  At almost the 2 minute mark it hits its peak and doesn't stop powering on until the end, fabulous song.
"One Choice" is probably my least favourite, more Electronic sounding than the rest of the album.  Not that this is a bad song, just that the others are top class.  It seems to just carry on the same all the way through with no real "oomph", even some nifty guitar work can't lift it up to new heights.
"Future Is Promises" is a gorgeous song.  A sweet, soulful ballad with minimal backing and some soft vocals.  really nice end to a great album.
CHECK NEW MUSIC EAR FOR MORE COLLECTION FAVOURITES!