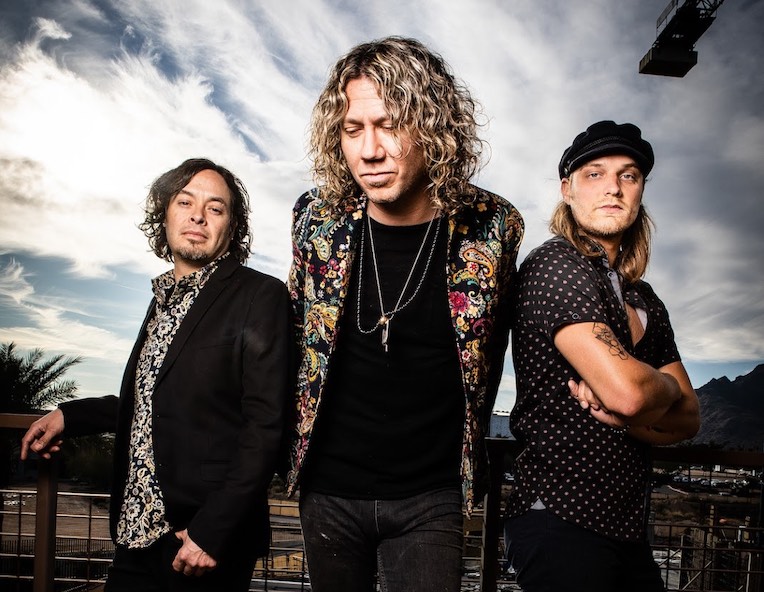 Arizona-based guitar-driven Rock ‘n’ roll trio The Black Moods have refused to let a pandemic slow down their momentum following the release of their sophomore album Sunshine on May 8 via Steelhorse Entertainment/The Fuel Music. Instead, they landed their first-ever Billboard’s Top 20 Active Rock hit with the album’s title track, currently at #16 and marking a career highlight for them. The success of the “Sunshine” track follows three previous singles from the album that debuted in the Active Rock chart’s Top 30: “Bad News” (#24), “Bella Donna” (#29) and “Whatcha Got at (#30).

The Black Moods have announced a livestream concert, “AUGUST ISOLATION,” to benefit the “MUSIC FOR ROCKY POINT” Covid Relief fund which supports the community of Puerto Peñasco, MX (aka Rocky Point) whose livelihood is dependent on tourism and has been drastically affected due to border closures and government restrictions on account of the pandemic. The livestream will be free to the public with an optional tip jar with all funds raised going to “MUSIC FOR ROCKY POINT.” The band will also donate 20% of all merch sales generated during the stream, which will include an exclusive signed event poster, limited to 100 copies.

“Rocky Point has become our second home over the years and where a lot of our early success began,” shares The Black Moods. “We have been playing shows there for almost a decade and our drummer Chico’s grandparents lived there during his childhood. With the pandemic, the city–which already had financial issues–is really suffering. We are proud and honored to be able to help support the ‘Music for Rocky Point’ fund through our music.”

The Black Moods have spent the past few months of quarantine in the Ozarks, hometown of vocalist/guitarist Josh Kennedy, where they transferred equipment from their home studio in Arizona to write and record material for their next album. The band have re-enlisted Sunshine’s Grammy-Award nominated producer Johnny “K” Karkazis for the new album and recently completed the first recording session. The trio are also excited to share they have collaborated with legendary producer Eddie Kramer (Jimi Hendrix, Led Zeppelin, The Rolling Stones) on a new track which was remotely recorded using software programs such as Zoom and Audio Movers. Stay tuned for updates and details on new music in the near future.

Sunshine bridges the gap between hard-rock’s past and present by merging guitar crunch and tight songcraft with urgent, blunt lyrics about romantic desire and conflict. It was lauded as “a fun, refreshingly simple record-the kind that will have critics talking about a return to a bygone era of rock ‘n’ roll” by Phoenix New Times who featured the band on their May cover issue. 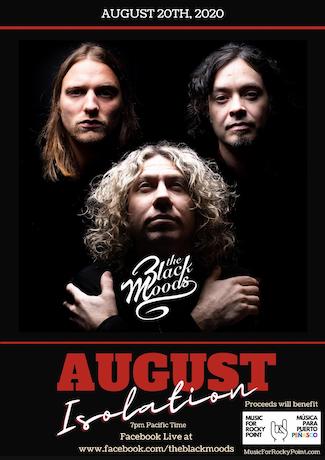 Stream/download Sunshine online and/or get it on CD or Vinyl (available in standard black or limited-edition, hand-numbered and signed blue variant).

This post first appeared on Rock And Blues Muse, please read the originial post: here
People also like
Chuck Rock Game Comparison
30 Epic 50s Hairstyles for Men That Are Popular Again
Chris Rock's Mom Breaks Silence on Will Smith Slapping Her Son: He Slapped All of Us, Especially Me
Life Extension – Save on Premium Science-based Supplements + Free Shipping
USC gives honorary degrees to Japanese American students who had education cut short amid WWII