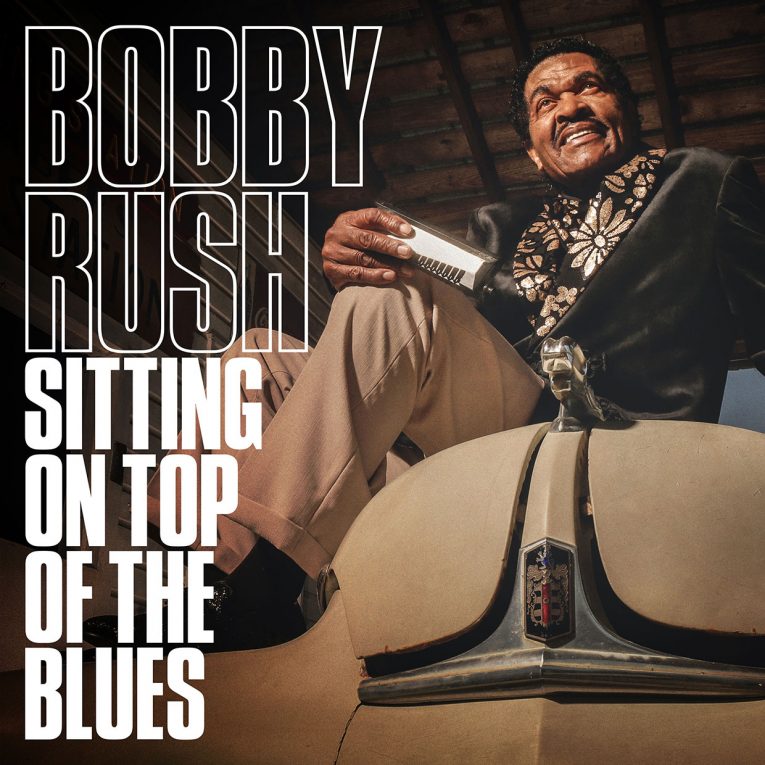 BOBBY RUSH IS SITTING ON TOP OF THE BLUES

AND THE BLUES WORLD

The whole world is getting hip to Bobby Rush. After decades of tearing up the chitlin’ circuit on a nightly basis with his sweaty, no-holds-barred funkfests, Bobby has thoroughly broken through to the mainstream. He won a long-overdue 2017 Grammy Award for his spectacular album Porcupine Meat and consistently tours the globe as a headliner. What’s more, Bobby’s brand-new album Sitting on Top of the Blues on his own Deep Rush imprint (distributed by Thirty Tigers), due out August 16, 2019, promises to further spread the news that this revered legend, well past 80 years of age even if his stratospheric energy level belies the calendar, is bigger and badder and bolder than ever.

That’s a profound understatement. There’s something for everyone on Sitting on Top of the Blues, from the boisterous R&B-laced opener “Hey Hey Bobby Rush” through the cooking “Good Stuff,” the sexy “Slow Motion,” and a stripped-down “Recipe For Love” that features Bobby and his co-producer Vasti Jackson supplying all the accompaniment necessary with their interlocking guitars. Rush wails on pungent harmonica throughout the set, his vocals as sly and sensuous as ever while elastic grooves simmer and surge behind him. Rush has been a master storyteller for decades, and the songs on this disc follow in that tradition.

Never one to rest on his considerable laurels, Bobby’s not about to start now. “I think I’m getting more acclaim because I’m working harder, and when people tell me I can’t do something, that’s the wrong thing to tell Bobby Rush,” he says. “I’m considered the king of the chitlin’ circuit. I’m crossing over now, but I haven’t crossed out. And I think the music itself says that about me.”

Billboard premiered the following track, “Get Out Of Here (Dog Named Bo)

Scott Billington, producer of Porcupine Meat for Rounder Records, was involved this time too, though to a lesser extent as Rush recruited the multi-talented Jackson to help with much of the action behind the board. “I wanted to come with a record behind winning a Grammy,” says the veteran bluesman. “So we went and finished it up.” The album spotlights all of Rush’s strengths: blues, soul, funk, and everything in between.

“That’s about the truth of me,” he says of his new disc. “That’s all I know. Even if I do something different, I’m going to put enough blues in it so you’ll know that I’m still this blues singer that’s giving you what I know about it. Anything I do or say is going to be about the blues. So that’s where I was coming from with that. It’s got a lot of little twists. It’s got a little of this, a little of that. And I often talk about how I came up and who did I love and who influenced me.

“I think the first one was my daddy, as a preacher. And the next person was Louis Jordan. I respect Little Walter, because he was a good, slick harmonica player. Sonny Boy Williamson, I like the way he plays harp, and I like the way he delivers his songs and writes the songs,” Rush continues. “I like Howlin’ Wolf because he was good and he was different because of the voice he had. I also like Bobby Bland, the way he kind of squawked with a soft voice. And I like B.B. King and respected B.B. And I like Junior Parker because he was so smooth and slick with what he done. I guess you can find about 20 guys that I like, and when you hear my music, you can hear a little of this, a little of that, a little up, a little down. You put ’em all in a bowl and stir ’em up, you get a Bobby Rush. That’s called a Bobby Rush blues soup.”

The master chef stirring that sizzling soup was born Emmett Ellis, Jr. outside Homer, La. His daddy was a preacher and knew enough about a harmonica to pass along a few riffs to his progeny, who twanged a diddley bow before picking up a guitar around age 11. The senior Ellis relocated his family to Pine Bluff, Arkansas in 1948. When young Bobby went professional as a blues musician, he changed his moniker so as to not disrespect his devout dad.

He played with Delta blues guitarists Boyd Gilmore and Elmore James in Arkansas during the early ’50s before migrating to Chicago. There he assembled a band with an equally young Freddie King on guitar (Luther Allison came into the combo later). Rush gigged around the West Side and in the southern suburbs of the Windy City, but it took until 1964 for him to debut on record with the tough downbeat blues “Someday” for the Jerry-O logo. He encored with “You’re the One for Me” for the Palos imprint, a single so obscure that a copy couldn’t be located for inclusion on Omnivore Recordings’ award-winning four-CD box set Chicken Heads: A 50-Year History of Bobby Rush, which spanned his entire career to that point.

In 1971, Bobby broke through on the national charts with the lowdown funk grinder “Chicken Heads” for Galaxy Records. “That was the first big record I ever had,” notes Rush. The song has since been featured in the film Black Snake Moan, HBO’s Ballers, and various TV commercials. Calvin Carter, the producer of “Chicken Heads,” put out Rush’s ’72 follow up “Gotta Be Funky” on his own On Top logo and then sold Bobby’s contract to Stan Lewis’ Jewel Records in Shreveport, La. Lewis issued several Rush singles before Bobby made the major label leap in 1974 with “Get Out of Here” for Warner Bros.

His reputation for spectacular live performances growing exponentially as he did a minimum of 200 shows a year, Bobby built a vaunted reputation on the chitlin’ circuit and cut a series of memorable albums for Urgent!, Waldoxy, and his own Deep Rush Records. His mainstream recognition campaign commenced when he earned his first Grammy nomination for his 2000 album Hoochie Man, followed by an appearance in the Martin Scorsese-produced 2003 PBS docu-series The Blues with his own segment in the episode The Road to Memphis. 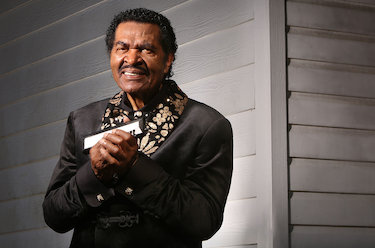 To date Bobby has earned 12 Blues Music Awards and 48 nominations, including the prestigious B.B. King Entertainer of the Year Award and Album of the Year. Rush co-starred in the 2014 documentary Take Me to the River alongside Terrence Howard, Snoop Dogg, and Mavis Staples. That same year, Bobby joined Dan Aykroyd on The Tonight Show With Jimmy Fallon to perform two songs, marking his first late-night television appearance.

Bobby’s performance itinerary has encompassed some of the biggest music festivals around the world, from Chaifetz Arena in St. Louis to Byron Bay Bluesfest in Australia, countless European engagements, the Fuji Rock Festival in Japan, and closer to home, Bonaroo and the New Orleans Jazz & Heritage Festival. Rush was the first bluesman to perform at the Great Wall of China, attracting an audience of more than 40,000 and earning him the title of “China's Ambassador of the Blues.”

Even as streaming and shifting technological trends transform the recording industry, Sitting on Top of the Blues is certain to extend his winning streak. “Records ain’t selling like they used to, but nevertheless you have to keep going to the grinding mill to get corn ground,” says the Blues Hall of Famer. “You can’t make a hit record. You do the best you can and hope it’ll be a hit.” Make no mistake: Bobby’s once again at his very best on Sitting on Top of the Blues.

For information on Sitting On Top Of The Blues by Bobby Rush:

The post Grammy Winner Bobby Rush To Release New Album, Sitting On Top of the Blues appeared first on Rock and Blues Muse.