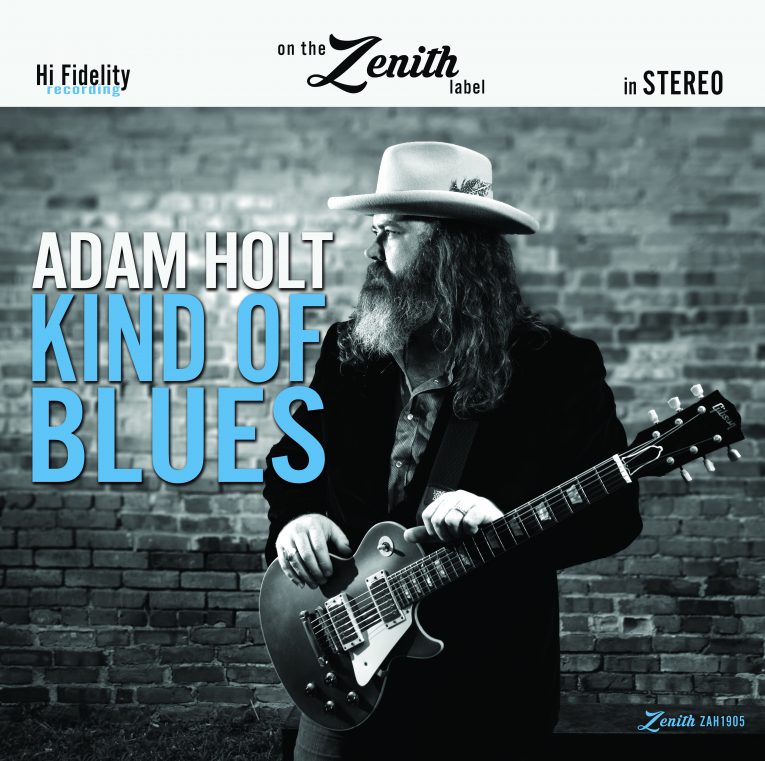 We are pleased to premiere the new video "Mr. Morning Drive" from Alabama blues-roots singer-songwriter, guitarist Adam Holt from his upcoming album, Kind of Blues, out May 31st via Zenith Records.

“Mr. Morning Drive” is a fun, upbeat video that we thought was cool and totally fun. Need a blast of a good time to your Wednesday? Click on the video and get ready for a mood-changer.

The album was recorded at Studio ’78, Holt’s analog commercial studio in Alabama, using his Ampex MM1100 16 track 2-inch machine for tracking. The band all played together to get the basic tracks and he overdubbed some guitar solos and all the backing vocals. The tracks were mixed at Dockside Studio in Lafayette, Louisiana, and mastered by Kevin Nix at LNix Mastering.

“‘Mr. Morning Drive,’ is the first track on the album and was co-written with my wife, singer-songwriter Jillian Holt,” Adam Holt says. “The song is about the amazing life of her grandfather, Jack Bell, who was a radio DJ for over 50 years and retired at the golden age of 90. You hear his actual voice, recorded on a vintage microphone, at the beginning and end of the song. His voiceover sets the tone for the album by introducing the song with his famous radio slate.” The song’s up-tempo, pop rock feel is solidified by heavy electric guitar blues licks.

No stranger to the spotlight, Adam has toured the Southeast from Houston to Tallahassee to Chattanooga, playing everywhere from music festivals to dive bars, and sharing the stage with such southern rock icons as Lynyrd Skynyrd and Drivin’ n Cryin,’ as well as blues legends Bob Margolin, Willie Big Eyes Smith and Hubert Sumlin. This multi-instrumentalist even lends his piano chops in an up-tempo dueling piano bar or an intimate lounge venue.

Holt’s songs stand on their own with just an old acoustic guitar, but lend well and lay the foundation for his big, southern, velvety voice and his honest interpretation of what an electric guitar can truly sound like. It’s American music at the core, and Alabama blues and rock at the fringes.

“It was most important to me,” Adam Holt says, “to capture the meaning of the vintage sound, using analog gear and a workflow that reflects the hey-day of the recording industry: a time when music was alive and truly meant something.”

With an array of guitars, an old Ampex tape machine, and an unassuming group of musicians out of Mobile in his toolset, Adam Holt’s latest studio album is a gutsy amalgamation of his deeply-sown roots in the blues, classic country, and rock n’ roll of decades ago.

In 2010, Adam Holt released the well-received album, The Sunday Troubadour, following that  with an EP featuring two tracks recorded at the legendary Sun Studio in Memphis. Holt lived up to the legacy of such a unique location with his versions of Howlin’ Wolf’s “Killing Floor” and Johnny Cash’s “Folsom Prison Blues.”

For more information about Adam Holt and his album Kind of Blues: