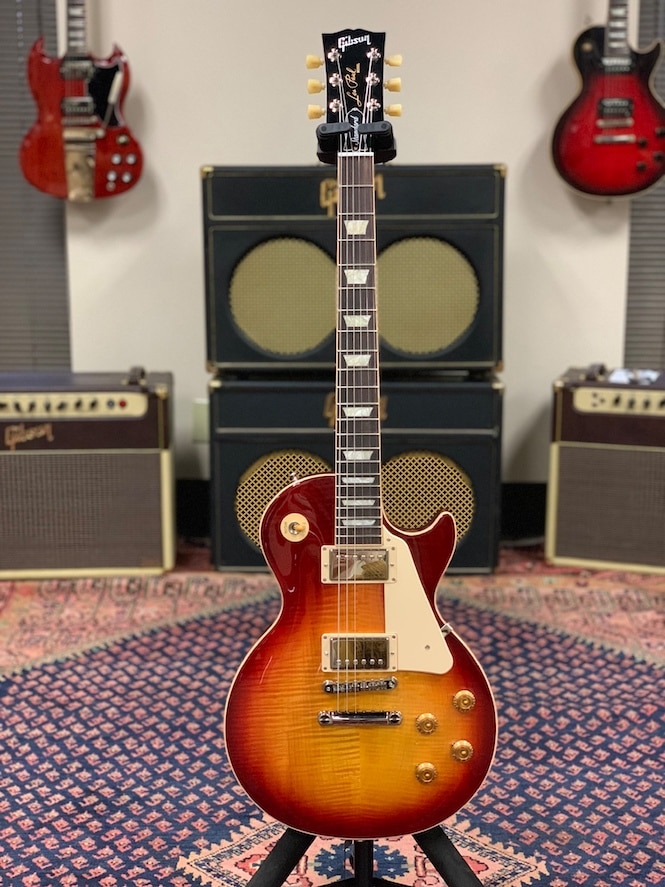 As previously announced, in 2019, after more than a century, GIBSON artists, players and fans will experience the all American-madeinstrument brand rejuvenated. The Guitar of choice for artists in rock, pop, country, blues, folk, jazz and beyond, the new GIBSON era celebrates iconic models while looking to the future with instruments that will nurture new players across generations, genders and genres of music. GIBSON will showcase the new line-up and artist collaborations next week at NAMM in Anaheim, CA, January 23-27. The new GIBSON guitars will be available for purchase later this year.

“We’re paying tribute to the Golden Era of Gibson by restoring authenticity for musicians with our new lineup of Classics,” says Cesar Gueikian, GIBSON’s Chief Merchant Officer. “True to our DNA, our new Les Paul Standard returns to the classic design that made it famous. And the same can be said of other models” adds Gueikian. Designs like the Les Paul and the SG once again embrace the features and construction details that made them legends in the first place: a Les Paul Standard ‘50s spec and a Les Paul Standard ‘60s spec as well as one with P90 pickups; a Les Paul Special in TV Yellow and Les Paul Junior Tobacco Burst; an SG Standard and two new 61 spec SG’s with “maestro” and “sideways” Vibrolas. 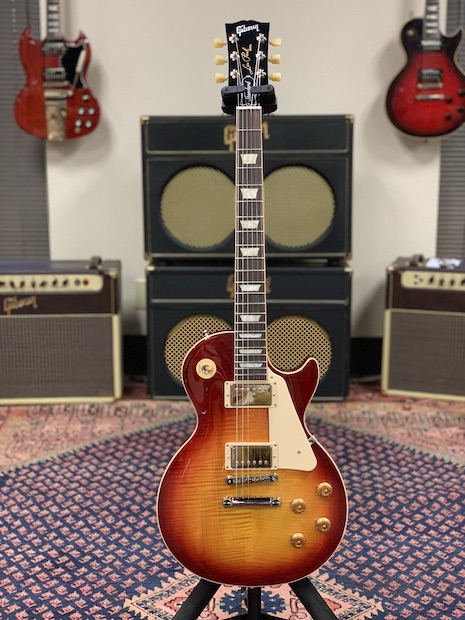 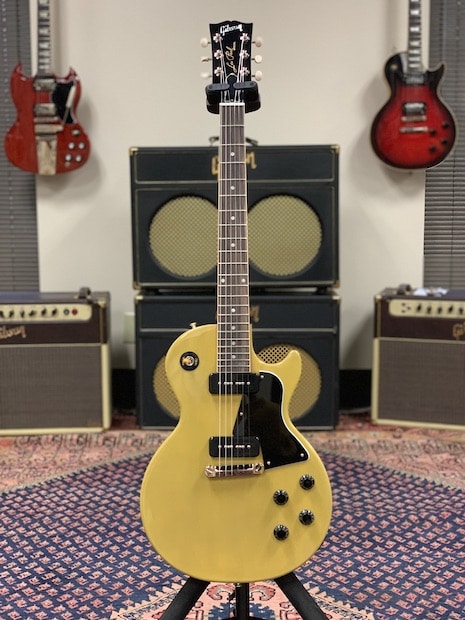 “We’re refocusing on our core range of guitars that will become the foundation for our future,” Gueikian says. “And that will give us the ability to bring new ideas to market with limited runs.

The new Contemporary lineup includes a Les Paul Tribute Double Cut Junior with a single P90 and a Les Paul Tribute Double Cut Special with dual P90’s, both offer fans an accessible price point with the quality and craftmanship of a GIBSON guitar made by our luthiers in Nashville, TN. “The Contemporaryline also introduces a new concept with the Les Paul and SG Modern,” adds Gueikian. “We did a listening tour visiting with dealers, artists and guitar enthusiasts and took the best ideas into the new Modern offerings. They incorporate many contemporary updates that players have embraced such as lighter-weight bodies, innovative slim taper neck profiles for full-access to the high frets, ebony fingerboards, high output versatile pickups and a push-pull control system to pivot between the humbucker and the P90 sounds, both of which have defined so many genres of music since we invented them.” 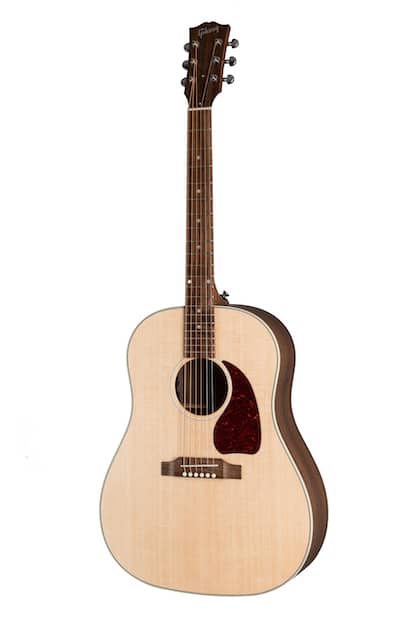 At the pinnacle of GIBSON, is the Gibson Custom Shop which is currently making the most historically-accurate vintage re-issues ever made. “We have recently put our Custom Shop re-issues in the hands of some of the most knowledgeable vintage experts and collectors, who inspected every detail and put them through the lens of the ‘ultimate guitar geek test’ and they were blown away by our craftmanship, accuracy, ageing techniques and sound,” says Gueikian. “And then you have our made to measure custom program, where our artists and fans can design their own guitar, which today represents a large and growing share of our Custom Shop production. That’s a testament to the quality, craftmanship and innovation being driven out of the Custom Shop.”

“The future of GIBSON will see a much more holistic, integrated approach to working with our artists.”

GIBSON teamed with Chuck Berry’s Son and Grandson to create Berry’s famed ES-350T which will be out this year. “We x-rayed the original down to the micro-level to recreate it,” adds Gueikian. GIBSON will also release a limited-edition, Chris Cornell Tribute Model ES-335; only 250 will be available with a portion going to charities in his name. Over the years, GIBSON partnered with Chris to work on his original ES-335 Artist Model and it was immediately clear that he had an innovative eye for guitar design. Features like the aged Lollartron humbucking pickups, clear “no number” Top Hat knobs, Olive Drab Satin finish, and Mother-of-Pearl Chris Cornell ‘signature’ peghead inlay make this guitar one of GIBSON’s most distinct artist offerings to date and more importantly a fitting tribute to Chris Cornell.

Across all of GIBSON’s product lines, the story will continue be told with the brand’s greatest partners--its musicians. In addition to receiving input and advice from legendary players like Slash, who tested the new line of Les Paul classics and has taken them on his new tour, GIBSON currently has a wide array of exciting signature models in development with musicians (see the list below with more to come later in the year). “Our artists are going to be an integral part of what we do,” Gueikian says. “Our solutions for guitarists will continue to leverage the past and set up the future at all levels. We’re excited about musicians from the past, present and future at all levels. We work for the artist, it all starts with our musicians.

There is a renewed commitment to additional guitar brands under the GIBSON umbrella, including Epiphone, Kramer and Steinberger, the first of which GIBSON President and CEO James “JC” Curleigh says will play a significant role in the company’s new vision. “If you look at Epiphone’s heritage, it dates back to 1873—and its full story is yet to be told. And who played Epiphone? Paul McCartney. Bob Dylan. John Lennon. There’s an incredible lineage there, and Epiphone guitars are some of the highest-quality accessible guitars in the world. They’re amazing instruments, especially for the price, which is why so many working musicians play Epiphone. The Epiphone story is one that we can’t wait to tell through a modern-day lens.”