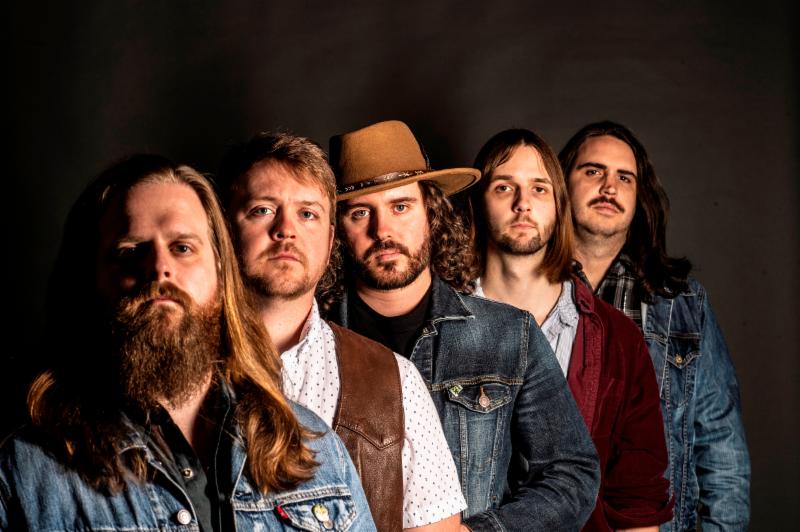 The Vegabonds, the Nashville-based band that recently signed with Blue Élan Records to release V, their upcoming and fifth-full-length album, are currently touring the U.S. ahead of the disc's January 18 street date. In a new Q&A, the band's lead vocalist and songwriter Daniel Allen talks about V's upcoming single, "I Ain't Having It," the album's spirited blend of "classic and modern rock with Southern storytelling," which they call "New South Rock," and paying their dues on the road.

V highlights the best of The Vegabonds’musicianship, vocals, lyrics and collective sound, illustrating their contagious blend of Americana, country, and rock influences. The album was produced by Tom Tapley, who did the same honors for the band's critically acclaimed album What We're Made Of and the "Long Haired Country Boy" single, in addition to producing albums for such diverse artists as Blackberry Smoke, Sugarland, Tyler Farr and Mastodon.

Watch an animated lyric video for V's lead single, "Partyin' With Strangers” below which makes its mark with ringing guitars, a soaring melody and candid lyrics about a busted up romance.

The Vegabonds’tireless work ethic and unbridled talents have not gone unnoticed; the group has opened for such notable acts as Lynyrd Skynyrd and the late Gregg Allman, among others. Rousing performances at festivals like Peach Festival, Sweetwater 420, and Taste of Randolph, grew their notoriety nationwide.

The band got their start in 2009 by playing the college circuit across the Southeastern United States. Fronted by lead vocalist and songwriter Daniel Allen-with Richard Forehand (lead guitar/vocals), Paul Bruens (bass), Beau Cooper (keys/vocals), and Bryan Harris (drums) rounding out the quintet-their popularity quickly burgeoned to the point that they found their fans singing along word-for-word to their first hits like "Georgia Fire" and "Shaky Hands." Through pure word of mouth, the group's fan base grew rapidly, and the guys learned they had something distinctive with their eclectic mix of roots music and earnest songwriting.

The new album, V, showcases the band's ability to musically stretch out, particularly on the album closer "Help Is On The Way." Can you talk about the many ingredients that go into the sound of The Vegabonds?

Daniel Allen: Our sound has a particular blending of classic and modern rock, with Southern storytelling at the heart of it all. We like to describe it as "New South Rock." We take pride in the fact that we can fit into many different genres: rock, Americana, country, and jam.

How does it feel to be on your fifth album-and the first with a label behind it (Blue Élan Records)-showcasing the band's musical freedom?

DA: We are pumped to be teaming up with Blue Élan Records for our fifth album, V!  It's always been important to us to have creative freedom with our songs and albums, and Blue Élan Records allows us that freedom. We couldn't ask for more in a label.

What are you hoping to hear back from fans, and potential new fans, after they hear V?

DA: I hope our fans hear the stories in the album. We are in a very unique time in history, and this album touches on the struggle of everyday folks doing their best to navigate love, work, beliefs, and the ever-changing politics that flood our lives daily.

What was the inspiration behind the album's upcoming second single, "I Ain't Having It?"

DA: "I Ain't Having It" originally started off as a cool jam, it's got such a smooth groove. Then the lyrics came out as a love song about not giving up on a relationship, and doing all you can to keep that person smiling even in the toughest times.

Can you describe the connection between the band and your audience and how it amps up your performances?

DA: We love our fans and the heat they bring to every show! Our shows are high energy and full speed, and we are lucky to have fans that can match that energy. That mixture allows everyone in the room to have a good time every time!

How do you personally ease the stresses of road life and being away from family and friends?

DA: Being patient is key for the stress of the road. Can't sweat the small stuff. Being away from family is the absolute hardest part of what we do. It's a hard balance that breeds a lot of the songs we write. I'm blessed to have a wife who supports my work, but it never gets easier leaving for a tour.

Track listing for V:
Partyin' With Strangers
I Ain't Having It
When The Smoke Clears Up
Everything I Need
Best I Can
Traveling Man
Help Is On The Way 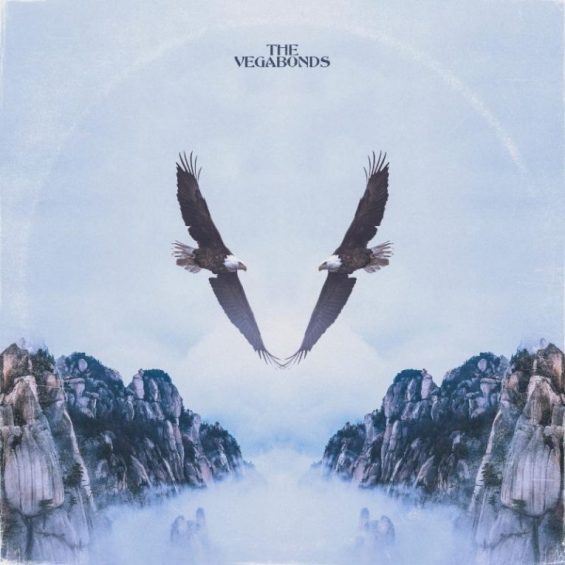