Tyler: The Terrific(us) (mc filth) Wizard with a (Face) Command 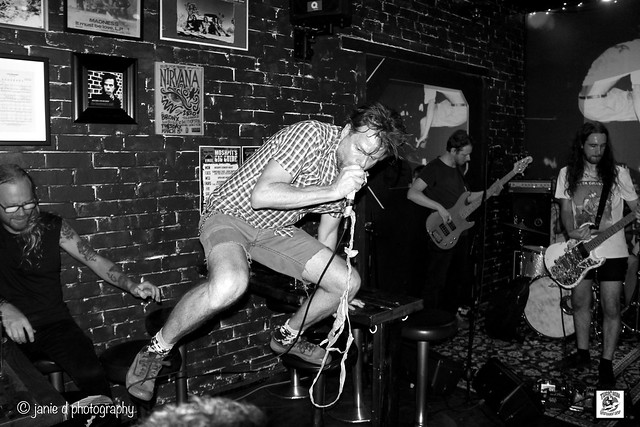 Sometimes there are people who simply need no introduction, no fluffy rainbows and unicorns, or “yeah, we know him” and then proceed in to a never ending stream of consciousness.

Tyler is one of those folk. If nothing else it would be due to his tenacity, his ability to take life by the horns and run with it, his innate crazy, on the edge, limitless ingenuity. Yeah , yeah: we know, we said no intro but hey what can you do…we love the guy. So let’s not waste any more time waxing lyrical: here is our bit of time spent with this austere genius (or is it genii?)

Emtee – Ithemba
Goal 2020 review and 2021 Resolution
Sexy Games for Married Couples
Teenage Bounty Hunters: an original, …
Spider-Man: If This Be My Destiny - L…

Talk about picking a year to take time off! Non-stop entertainment for sure (said no one). Trips to to places afar canned, gigs absolutely done for the most part, concerns for family in lands far away. What has kept your sanity through these intensely non-standard months?

Yeah, I’ve been caught up in the shitshow inside the dumpster fire for sure and have done, all up, a month of quarantine in hotels.

Projects! I just got out of hotel quarantine after going to where I grew up in California. Mom got evacuated in the wildfires. I did 15 days without leaving room 1816 of the Sheraton and lost a few marbles each day. Nobody steps foot in your quarantine room so I turned it into a mini art factory. The first project was a music video for anyone who isn’t pooing in the toilet. Last year my mega-talented friend, Remy, and I took three hours to write and record the masterpiece, ‘Poo in the Toilet’. I made a video for it by reconfiguring my toilet into a lead singer with big eyes and a huge toilet seat mouth like Stephen Tyler. It’s actually a very effective toilet training song! Search ‘Poo in the Toilet Terrificus’ and get your shit sorted. Hahaha.

I did a music video for my band Terrificus too. I covered the whole bathroom and bathtub in green screen fabric to create an effect where I could lurch out of Shaggy’s mouth. He’s the other half of the band and compliantly sent me videos of himself pretending to regurgitate me.

I also made some lipstick-on-bathroom-mirror art plus a few tracks for my smacky, wonky, pretentious  techno project, Tylex. I hooked up with a producer in Italy to mix and master it and the tracks are weird but super fun .

Then there was Face Command stuff. Our EP is set for release so I did promo and paced the room maniacally getting more and more energised about the songs, the vinyl and the gigs coming up.

The two weeks flew by, really.

As a musician and performer you wear quite a few hats, have unconventional accessories with a fanbase as diehard and committed as yourself. No prop to big, no venue to messy. In fact, there is the understood that which each gig an almost satisfying guarantee one will get drenched whether it be in sweat, fountains of beer or simply mayhem and madness. What is it about this live scene that keeps not just yourself, but your cohorts going back for more?

A rampaging little kid once said to me, “Don’t worry. Everything is out of control.”  and David Lee Roth once said “An ounce of image is worth a pound of performance.”  So yeah, combine some goofy chaos with absurdly shitty prop ideas and it turns into a memorable night. It’s a thin line between being brilliantly moronic and being a fucking idiot and I try to walk that line. Basically just have some fun. Rock n’ roll is kind of a joke, right? David Lee Roth knew that. So put a beer down your pants, tie your guitarists shoelaces together so they fall over mid-solo, play under the stage, gaffer tape a strobe light to your Face, make stilts out of milkcrates or whatever. I mean, what’s better than cracking yourself up? But also, I can say, “Don’t worry, everything is out of control” because I’m the lucky dumbfuck that landed amongst insuperable musicians in a massive puddle of chemistry. You can’t buy chemistry…or great songs, and we have both. We can only have the mayhem because the band is locked in. The songs aren’t funny, for the record. My lyrics aren’t jokes. They’re mostly dead serious songs about terrible humans and despicable things. I wouldn’t sleep at night if people thought we were a joke band.

You have a comrade in arms and his name is Shaggy. There is a unique, almost enviable, sympatico between you. You guys simply enjoy not just each others company but there is a tangible respect that can be observed either in a social setting or when on stage. How far back does the collaboration or mateship go and where on earth do you guys come up with not just new material, but an overall masque.

We both got asked to play in a band that was never going to work, mostly because it was unfortunately called Devils in Detroit. I was on guitar and Shaggy got roped into playing bass. We had one gig and it was a Titanic inspired mess of disdain, punk and a general disregard. I just remember the drummer was hallucinating, Shaggy head-butted his bass head so there was blood running down his face while I dragged my feedbacking amp around the stage. I think Shaggy also played his bass with a medium rare steak. It was an inglorious mess and we promptly broke up. That’s about the time Face Command got going and Shaggy eventually accepted an invitation to join. He still has a Harry Potter scar from that gig on his forehead.

The deal is that we “get” each other, I think. We trust each other musically and emotionally so we can enjoy taking risks and pushing limits. With Terrificus, it’s just us two, and we write and record simultaneously. Everything happens fast by design with no time to overthink…or think at all for that matter. We’ve made fun, bizarre and harrowing garage-ish drum machine gems that nobody else could. They’re like, unique little audio products of a personal bond. We’ve made a self-perpetuating inspiration loop. I feel very lucky to have met him.

Yeah, and he’s a good friend too. In hotel quarantine the RSA obsessed hotel staff limit you to getting six beers delivered a day. Shaggy came by and dropped off a bag with a six pack for me at the front desk and they brought it up to my room. When I opened it, there were SEVEN beers in the bag! Pretty sneaky. Then he sat in the park across the street where I could see him from my window and we had a beer and chat on the phone for an hour. He was ant-sized out there in the park…yet a behemoth.  It meant a lot to me.

Who or what keeps you grounded. Good angel vs bad angel, that little something that says “mmmm maybe not this time”

I was born grounded. But, I’m even more grounded in Sydney. I realised when I got back from California last week that the kabillion problems in the USA hacks away at your mojo day in and day out. Coming home to Sydney’s sunshine, thunderstorms, enraged cockatoos, berry shitting bats, cheery pubs, sit-down gigs and clotheslines is grounding. There’s no clotheslines in America. If you live in Death Valley and there’s a power outage, they fire up a generator to get the dryer going because clotheslines are for communists. It’s ridiculous. But…in America’s defense, their toilets don’t splash you when you flush them, their shopping trollies don’t go sideways and you don’t pay for sauce. I know there are a thousand problems in Australia but paying for sauce is just annoying

Rather than dwell on the now most hated phrase “new covid normal” for all, let’s attempt a bit of forward thinking and positivity for live music. Where do you see yourself, your music, your bands, your life in 2021?

Let’s dare to dream… On New Years Day the world gets vaccinated by benevolent pharmaceutical crop dusters and Face Command goes on tour in Mexico with Amyl and the Sniffers and Viagra Boys. Terrificus goes on tour in Japan with Boris, Melt Banana and Guitar Wolf  while Tylex gets the cover of Wire magazine and does a Boiler Room set in Berlin. ‘Poo in the Toilet’ gets millions of views on YouTube and I quit my day job with the revenue. Then Terrificus does a four song remix project with Dweeb City and releases four accompanying videos (this one is actually happening).

But if I were to not dream big…I’d hope Face Command can have a proper ‘wall of death ‘ at our shows again with all our vaccinated friends to celebrate life.

Tyler: The Terrific(us) (mc filth) Wizard with a (Face) Command