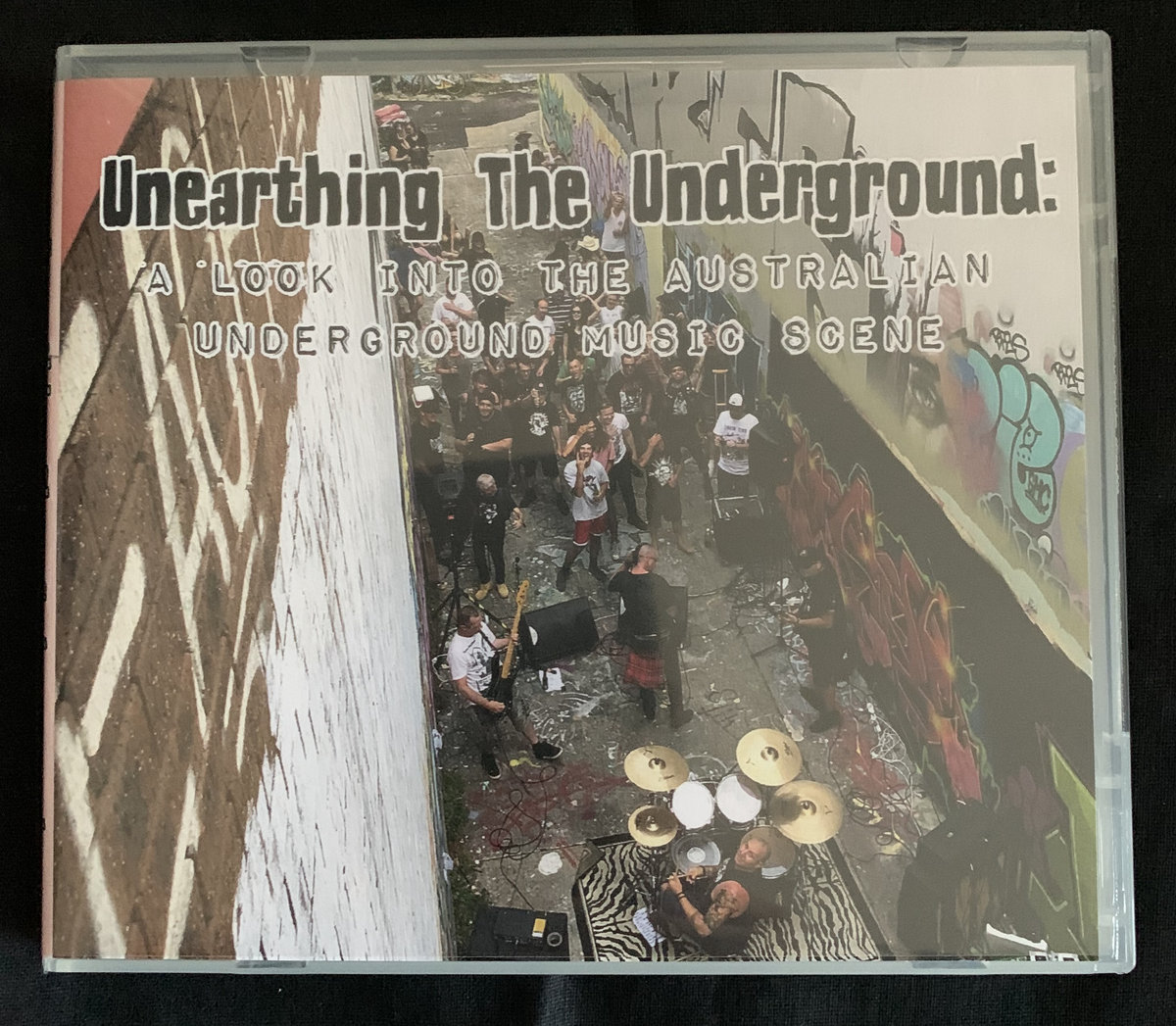 DMWC’s Unearthing the Underground is a valuable document of the punk scenes around Australia Pre COVID-19. The film shows that we were struggling before that, however DMWC does showcase the doggedness of the Australia punk scene to soldier on. The film reveals the many aspects of life in an underground by asking the same questions to the new and established groups. The answers to these questions are very telling.

Each person interviewed has answers that bring up many points. Apathy, venues, the lack of media support (which has certainly declines over the years) are brought up and mulled over. Unearthing the Underground is a collection of artists being brutally honest about how they perceive their situation and the necessary need of solidarity peppered with live footage. This is a strikingly presentation into a largely overlooked scene.

This is a view from the pit and perfectly captures the zeitgeist. DMWC neither entomb nor champion the scene, but show the naked truth. This documentary is social realism, told from the people who are, mostly, living the punk lifestyle. There are also contributions from the elder statesmen like the Hard-ons, Frenzal Rhomb, and the Meanies.

DMWC were in a unique position to capture an uncensored statement about the underground scene, warts and all. From free open air gigs to playing in pubs, presenting a subculture in its rawest form.

In the years to come, Unearthing the Underground will be a significant time capsule. You never know how your scene will perceived by people in other countries as the years pass. Hopefully, this film will be an opening act to many more documentaries from DMWC.

Get Quality Services for Supply of Electricity across Sydney