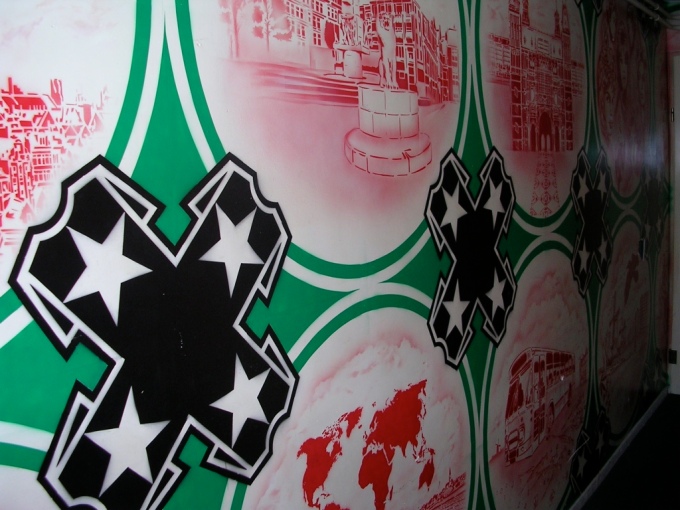 A photo of an Amsterdam hostel I stayed at many aeons ago. It bears no relation to this post except perhaps that it’s alternative.

Relais & Châteaux Weeshuis Gouda
Microalgae can be a potential feed fo…
How To Get Rid of Ticks in the Yard –…
Music Profile: Crissi Cochrane - Soul…
“The Friend Who May Not Seem a Friend…

“What have you been doing?” You probably haven’t been wondering but which I’ll humor myself and ask anyway. “How come you haven’t posted in ages?”

It’s a valid question, quite a common one that bloggers face I get the feeling.

It’s not that I’ve been on hiatus but I’ve certainly not been very active on here. Maybe it was the prolonged winter we’ve been having here or the bleak outlook of recent movies I’ve seen (a la Snowden).

As a digression, I’ve seen some rip snorters lately. Watch Sing Street, Tickled and Embrace of the Serpent if you get a chance. And make sure you don’t miss my favorite film of the year: Toni Erdmann.

Anyway, it’s a good thing I rustled together this Spotify playlist, which features pretty much every song I’ve featured on this blog, or I’d be wholly unhappy with my state of affairs.

I say ‘pretty much every song’ because there were about a dozen tracks Spotify didn’t have, mostly covers, remixes and the like.

I’m disappointed it didn’t have The Tallest Man on Earth’s beautiful cover of Graceland (loving the link to MySpace in the YouTube description) or Father John Misty’s equally beautiful cover of The Suburbs, for example, but hey, can’t have it all.

A few good albums were released in August – Glass Animals probably being my pick – but it was September that really sated my music appetite.

Bon Iver’s exceptional third album 22, a Million truly hit the sweet spot, while Danny Brown released Atrocity Exhibition, one of my favorite hip-hop records in recent times. Then Nicolas Jaar released his sophomore album Sirens, and Hamilton Leithauser & Rostam (of The Walkmen and Vampire Weekend respectively) made magic on their collaborative debut I Had a Dream That You Were Mine. So all in all a great month…

Which has meant that October’s been relatively quiet, with nothing that notable surfacing, and why I’ve included three artists from yesteryear for this month’s selection: Yo La Tengo, The Cure and The Smiths.

This segment may be the final time I embed YouTube videos since I’ll probably move my monthly tracks over to good ol’ Spotify too. ‘Follow’ the playlist above if you like, as I’ll keep updating it regularly. And most importantly, enjoy the 10 tracks on offer!

Only just watched the music video for the first time. No idea what it symbolises but the California (?) desert looks lovely.

I include this because I bought the vinyl Pastel Blue (mostly for this song) in August and it’s exceptional. Her voice is unquestionably one of the greatest ever, and for once this isn’t hyperbole.

Glass Animals – The Other Side of Paradise

Brilliant track. Hoping to see him at Golden Plains next year; fingers crossed.

Don’t want to canonize Bon Iver or anything but nobody does ‘beautiful’ better. It was a toss up between this or ’33 “GOD”‘ – and half the album to be honest; I went with this because the video is awesome, a nod to vintage Dada/surrealist cut ups yet modern too.

I wish I’d paid more attention to this dude during his Beyond the Valley set a couple years back. Ain’t it funny how perceptions change.

I admit, I was a very late adopter of Yo La Tengo. I gave Fade a listen when the album came out in 2013 but it wasn’t until this year that I went through their back catalog. My god, have I been missing out. Albums like Painful and And Then Everything Turned Itself Inside Out are great. But I Can Hear the Heart Beating as One is the gem in their crown, and this is one of my favorite tracks off it.

The Cure – Close to Me

Happy Halloween and see you next month.

This post first appeared on Season Of The Bliss, please read the originial post: here
People also like
Relais & Châteaux Weeshuis Gouda
Microalgae can be a potential feed for aquaculture species
How To Get Rid of Ticks in the Yard – 8 Steps
Music Profile: Crissi Cochrane - Soul Singer Songwriter - Ontario, Canada | SRL Networks London Music PR
“The Friend Who May Not Seem a Friend” – The Cat and the Fire, Post 2 of 3
51 Best Start-up Ideas to Try
JoJo Siwa le presenta al mundo a su novia Kylie