Who Is Heading Up The Biggest Music Festival Of 2018? 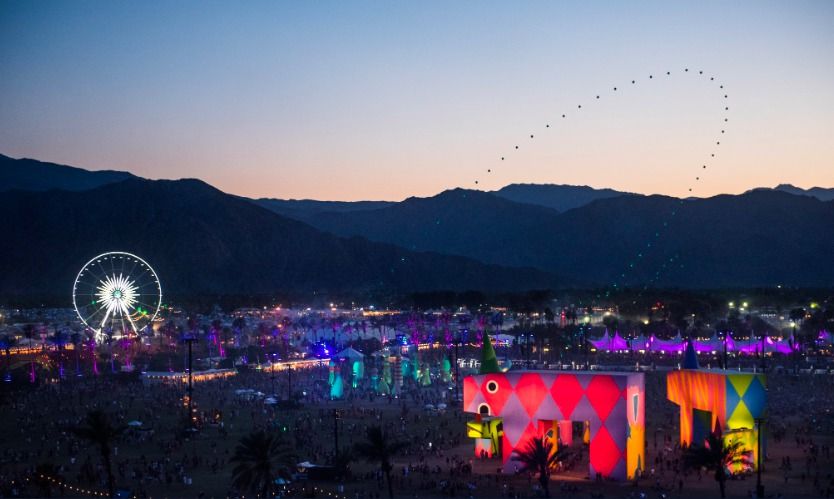 Coachella is one of the world’s biggest musical events, drawing crowds from New York to Nairobi as nearly 100,000 total visitors descend on this amazing festival. The show’s 2018 lineup is undeniably its most impressive yet, with some of the biggest headliners ever hitting the stage in Indio, California from April 13th through the 22nd. If you’ve always wanted to see Coachella for yourself, but haven’t bit the bullet, these amazing acts performing in 2018 might just change your mind.

Rakuten Wallet Announces Preparation …
Beautiful Celebrity Couple Pics
I didn’t time travel this past weeken…
Prime Fall Colors and Off Season Spec…
Rainbow Mountain Tour From Cusco (The…
Beyoncé: That’s right: Queen Bey herself will be taking the stage at Coachella this year. While fans were eager to see her perform at Coachella last year, Bey had to pull out of the show when it was revealed that she was expecting twins. Fortunately, that can only mean that this year’s performance will be an even more over-the-top affair. 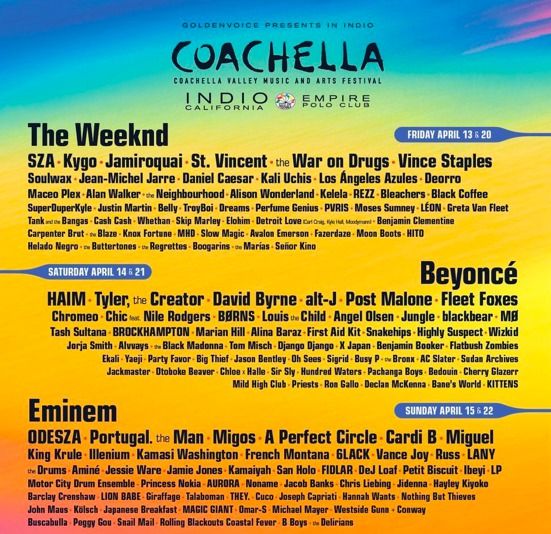 The Weeknd: The Weeknd has been everywhere over the past few years, thanks to both his high-profile relationships with fellow celebs like Selena Gomez and Bella Hadid, as well as his incredible talent. This year, the “Starboy” singer will be taking the stage at Coachella, headlining Friday, April 13th, along with a host of impressive performers, like St. Vincent, SZA, and the War on Drugs.
Eminem: After some time away from the spotlight, Eminem is back and better than ever. Slim Shady will take centre stage at Coachella, wrapping up the festival on Sunday, April 22nd, with an undoubtedly rousing performance of his rapid-fire hits. Considering his increasingly political style, we can only imagine what he’ll bring to the show this year.
Tyler, the Creator: The Odd Future frontman will show the world what he’s got on stage at Coachella 2018, following up shows by Beyoncé on April 14th and 21st. Tyler will be in good company on both weekends: he’ll share the stage with huge acts like Haim, Fleet Foxes, and David Byrne.
Cardi B: The biggest breakout star of 2017, Cardi B, will be bringing her bloody shoes and signature style to the stage at Coachella in 2018. The “Bodak Yellow” singer will follow up Eminem on Sunday, April 15th and 22nd, no doubt rocking the show with her infectious humour and talent.
Whether you’re eager to see your favourite musicians perform live, want to catch a glimpse of the celebrities who turn out in droves to this festival, or simply want to get away from your office for a few days, Coachella is well worth the trip. With such an incredible group of artists heading up the show this year, Coachella 2018 is a musical event you can’t afford to miss.

Who Is Heading Up The Biggest Music Festival Of 2018?