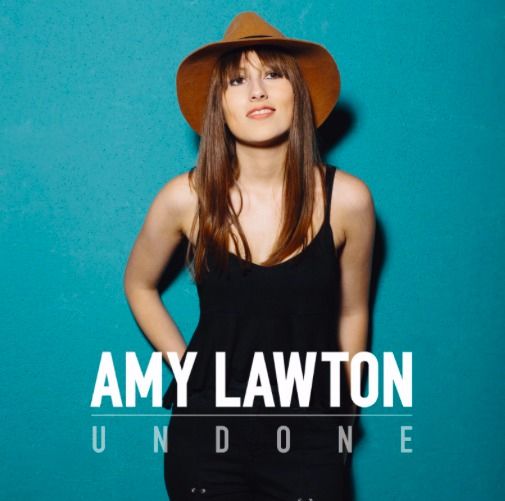 The amount of new talent has been phenomenal this year and more artists seem to be emerging week after week, including 20-year-old singer-songwriter Amy Lawton. Amy just released her debut single ‘Undone,’ an upbeat country/folk track which is a strong introduction to the music scene. ‘Undone’ has already received great support from Deezer who featured the song prominently in their ‘Brand New UK’ playlist.

WhatsApp Status section to become mor…
CHECK OUT: Sidney Poitier & His Trail…
Caribbean
Tiyani Afrika – Nothing For Free ft. …
Grammy-Winning Blues-Rock Guitarist M…
Amy speaks of the inspiration behind the single, “The song is a kind of wild
confession of someone’s real motives in a relationship, which I was inspired to
write after talking to an ex-boyfriend after he showed up at one of my gigs.”
Amy Lawton channels the likes of Suzanne Vega, Alanis Morrisette and an early Taylor Swift. Multi-platinum selling hit songwriter Matty Benbrook (who has
written for Paolo Nutini, Jack Savoretti, and Dido) discovered Amy and together they created ‘Undone’ alongside Pete Maher (U2, Lana Del Ray, Jack White) who mastered the track.
Amy Lawton started her craft on the London live scene by performing at a number
of famous venues in the city; Ronnie Scott’s, The Troubadour, The Bedford and The Social to name a few. Her biggest show to date was supporting Jack Savoretti last year at London’s Cadogan Hall. More recently, she held a six-week residency at the West End nightspot Mahiki earlier this year.
Making your mark in the music world can be challenging, however, Amy Lawton's
choice of debut single is definitely a hit. The talented singer-songwriter has potential to go far and is one to look out for.
​
​