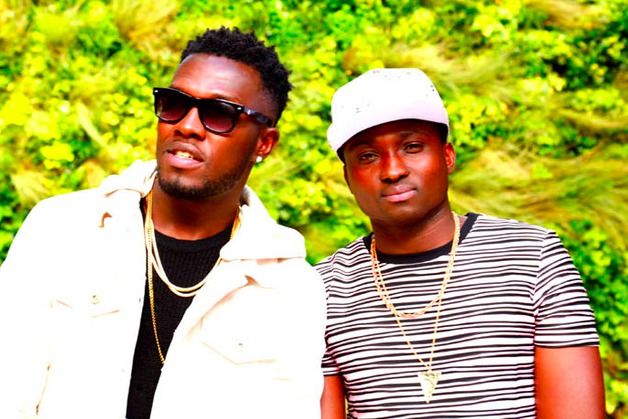 I don't tend to get starstruck, but I was particularly excited about speaking to Reggie 'N' Bollie having watched and supported them while they were on X-Factor in 2015. They exuded vibrancy and positivity through their music and vivacious personalities. Full of positive stamina, always humble and sticking to their own style. They were runners-up in the competition and the UK soaked up their infectious enthusiasm and zest for life. After speaking to them two years later, I can assure you none of these traits have changed. Reggie ‘N’ Bollie are as down to earth, lovely and determined as ever.

Emergency Lawsuit filed by the United…
Nintendo President Reggie Fils-Aime t…
Riverdale: Cheryl Blossom es oficialm…
TRIBUTE - McCain
Everything You Need to Know About Sna…
‘Bumaye’ is the second single released on Reggie ‘N’ Bollie's own label since they amicably parted ways with Syco. Their independent label F.R.O.D MUSIC Ltd. is an exciting new venture for them. Reggie says, "We were very grateful for the opportunity Syco gave us, but after we parted ways we thought there is no point wasting time and waiting for the next big label to come and sign us. We wanted to get going". He continues, "We follow the careers of moguls like Jay-Z and Diddy; they didn't have financial backing and had to use what they had at that time. Gradually it came together". We discuss their music and he says, "It's necessary to do songs that are honest and what we represent. This song is the beginning of us coming out of what we really want to be about, after the X Factor and signed to a label where you don't have as much control. When you have the chance, you want to be as original as possible".
Obviously, things are going to be very different for them and there is a lot of hard work to do, but they are ready for it. Reggie laughs as he says he didn't realise how many meetings they would be having. Reggie 'N' Bollie spend a few days of the week together, writing, conducting their meetings and gradually taking over the world.
Bollie discusses their new single 'Bumaye'. He says, "We wanted to do something original. It's about that special charm that someone has that makes you like them, but you can't pinpoint what it is you like. You don't quite know what it is but they have that certain magic". They are currently arranging dates to shoot the music video.
'Bumaye' has all the Reggie ‘N’ Bollie trademarks; a breezy combination of velvety harmonies and an uptempo funky bass. However, it is a slightly different direction for the dynamic duo. Featuring facets of dancehall, 'Buyame' is also tinged with Afrobeats ideal for the pair's syrupy vocals to float over. Elevated by twinkling percussion and summer island vibes, if you're not nodding your head or tapping your feet to this song then there's something seriously wrong. 'Bumaye' has huge danceability and on social media, fans are suggested to post videos of their 'Bumaye' dance moves. It's a celebration of life and is sugary, feel-good and addictive as a box of doughnuts.
"First thing I do in the morning, first one I'm calling, is you you you you
Cos you nice me up in the evening, no time fi sleeping,
Yes you do do do
There's something about you
Heads turn when you walk in the room
There's something about you
That make my heart go boom boom boom
So shorty now
come my way
Won't you show me the Bumaye
Shorty now, come my way
Won't you show me the Bumaye"
As the duo says, "'Bumaye' is a summation of the cultural mix and our development as songwriters and Artists. It takes us away from the stereotypical Reggie ‘N’ Bollie style and it means a lot to us as it is the last track we recorded for the album. We all love it and we hope our fans love it too". 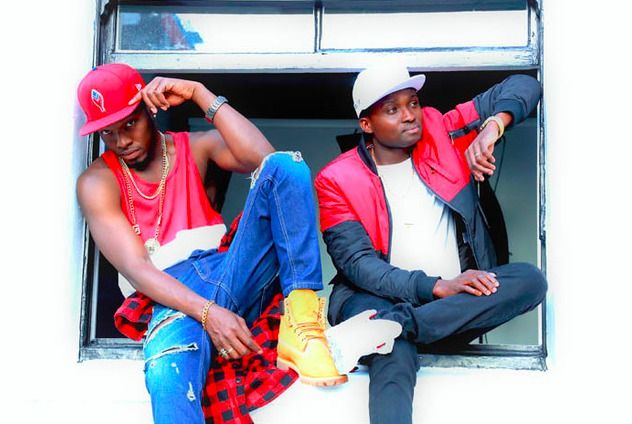 Reggie ‘N’ Bollie moved to the UK from Ghana in 2010 where they both had successful solo careers. We discuss how often they go back and how much the industry has changed there. Reggie says, "The music industry is very different from in the UK and is growing gradually. Since we've had the chance to become upcoming artists, we have learned lots of things about how we can support people back home". We discuss African artists who are becoming well known globally and the rise of Afrobeats which is incorporated in so many genres of music and how popular it is right now. He says, "In Africa, we are getting our act together and social media has played a huge role, Afrobeats is easily accessible and is been played in all these countries and happening in real time. There's a movement going on and we need jump on it. All of these artists of African origin, we need to be united to grow bigger".
Reggie ‘N’ Bollie are going back to Ghana next month as they have been nominated as Ghana Tourism Ambassadors for the Ministry of Tourism, Arts and Culture. This means they will use their music and personalities to sell Ghana’s tourism potentials to Europeans which is a big coup and something they are very eager about and grateful for the opportunity and recognition.
Family is incredibly important for Reggie ‘N’ Bollie with Reggie's kids in the background (he's shut himself in a room for our interview) and five children between the pair. Reggie says, "Family is very important and when you've been away and worked so hard and pressure drains you there's nothing like coming home and seeing your kids," he says, "they've coped very well and no matter how successful we are, we will make things as normal as possible for them". Reggie is going on holiday to the States shortly after our interview with just his wife and leaving the kids at home and Bollie is going on a family holiday to the Czech Republic.
Of course, being in the business has its challenges. Reggie says, "the whole world is watching you on a show like the X Factor then when you come off the show, there is a difference in the way the music industry functions and reality TV. There are different challenges, but that's what makes life interesting. Whether you are in this for the long run, as independent artists, you're not going to have it easy, you have to go through the process". He says they treat everyone the same whatever position they are in, "we believe in respecting everyone. God guides us not to grow pride and always stay humble. We are happy to take the challenges on and keep pushing".
Bollie says his favourite part of the music industry is the "performing aspect and seeing how people react. To be able to be on stage and get that reaction, it's so fulfilling seeing our dreams and visions are coming true".
Reggie ‘N’ Bollie's debut album is set for release later this year. "It's 99% done and is going to be a very diverse album, not with one particular agenda. There will be afrobeats, dancehall, reggae influences; the type of songs we listen to. There will also be ballads and slow jams, but we won't be belting it out like Adele! We can't wait for the feedback". The pair are influenced by artists from British singer-songwriter Lewis Capaldi and his song 'Bruises' to British-Nigerian artist SK and Shakka as well as genres ranging from grime to country music.
The duo says they have the drive to succeed and the dream of giving their family more. They had a taste of success but they know they can do more. As they say, "Our God given purpose is to do this music and represent something very positive".
In the meantime, with 'Bumaye' feeling like the song of the summer it is an intriguing prelude of what is to come. Reggie ‘N’ Bollie are just getting started.