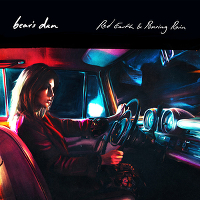 London neo-folk artists Bear’s Den have spent their fair share of time on the road in their 5-year history. TGTF’s own first feature on the band, way back in 2011, found them playing for the now-defunct project Bands in Transit. They subsequently joined Mumford and Sons’ Gentlemen of the Road Stopover tour and Communion Music’s Austin to Boston tour, as well as making two appearances at the SXSW music festival and playing worldwide headline dates around their debut album ‘Islands’, released back in 2014.

The Queens of Pop: In The Mix
Common Problems with Slit Lamp and Re…
30 Cheap & High ROI Home Renovations …
What You Need to Know About Sydney Ep…
Nie daj się oszukać, hakerzy z Rosyjs…

Now, just under 2 years on from that first LP, the band’s relentless toil and travel has resulted in a breathtaking new album, titled ‘Red Earth & Pouring Rain’. In the process of making the record, Bear’s Den have slimmed down from a trio to a duo, with the amicable departure of Joey Haynes in February of this year. “Being on the road so much pushes friendships to the limit and really affects your relationships outside of it. You get extreme highs and lows,” remarks lead singer Andrew Davie.

Bear’s Den have also streamlined their sonic identity, finding inspiration in the FM radio soundtracks of road trips past – Fleetwood Mac, The Eagles and Bruce Springsteen – as well as current artists like The National and Sufjan Stevens. “We spent a lot of time on the road and that music really fitted our head space,” Davie explains. “It felt like the natural musical progression.” Davie’s bandmate Kev Jones continues that train of thought: ”We wanted to make a great album for driving at night. There’s a technical level to that, matching the sounds to Davie’s lyrics, but thematically, a good metaphor for the mood is the idea of driving forwards while looking in the rear view mirror. A sense of contrary motion.”

The album starts with a quick hit of adrenaline in its anxious title track ‘Red Earth & Pouring Rain’. The song could depict either a desperate escape or a pleading return as Davie sings, “please don’t pin all your dreams on me / you can count on me to fuck up everything”, but the blindly repeating chorus “don’t you remember, love? / don’t you remember anything?” propels the song, regardless of its ambiguous direction. Sharp guitar riffs and anxious pulsing rhythms maintain the album’s restless momentum through the emotional crossroads of ‘Emeralds’ and ‘Dew Upon the Vine’. Both songs combine the familiar folk element of Davie’s Romantic-style lyrical imagery (“though the morning light will burn away / all the fog that night creates / there’ll still be a trace of our love left behind / in the dew upon the vine”) with sleek, synth-laced instrumental arrangements and angular vocal harmonies to create a darker, more visceral soundscape than what we heard on the diffuse and dreamy ‘Islands’.

The choruses throughout ‘Red Earth & Pouring Rain’ aren’t so much catchy as acutely gripping. The excruciating refrain “somewhere deep down I still believe / you’ll always be / the love of my life” punctuates the off-kilter rhythm and stream-of-consciousness lyrics in ‘Roses on a Breeze’. The introspective and acoustic-flavoured ‘New Jerusalem’ entwines and circles around itself in the lines “love is just a word you thought you heard / all it means is never, never say never, no / don’t give up on me yet / can you learn to forgive all that you learned to forget?”. ‘Greenwoods Bethlehem’ has a similar acoustic tone, but a jarring dynamic change in its chorus marks the thematic contrast between sweet memories and bitter present reality.

Memory is a central theme on the album, and it stands out particularly in a pair of intense mid-album tracks. ‘Love Can’t Stand Alone’ is a painful childhood recollection of loss that finds Davie channeling Springsteen to astounding effect in the lines “I prayed for the day my prayers would end / but nothing ever came that was heaven sent”. Lead single ‘Auld Wives’ is equally dramatic and emotionally effective, with a haunting keyboard melody and deep chugging guitar rhythms underscoring the anguish of losing a loved one to dementia.

Heavy and formidable track ‘Fortress’ features some of Davie’s most striking and convincingly sung lyrics, “I’m calling the blame / won’t you let me own it . . . a coward might call it a conscience / and a liar might call it the truth”. Current single ‘Gabriel’ is instrumentally lighter and warmer, but its lyrics are deeply introspective, and its exquisite vocal harmonies keenly illustrate their duality and sharp internal conflict.

Album closer ‘Napoleon’ makes skillful use of lyrical analogy and musical device to portray the uncertainty and pain of childhood with an emotionally destructive parent. The song’s melodic counterpoint, march-like drums and regal brass lend a rather ironic sense of optimism as Davie compares an alcoholic father to the eponymous and ill-fated French Emperor in his opening lines “I still see you there / a tall glass of Napoleon and an off-white leather chair” and his closing refrain “we’ve only got one shot now, Napoleon / it’s not too late to mend what we’ve broken”.

While time spent on the road has clearly given Bear’s Den the opportunity to reflect upon relationships and ponder past memories, it has also provided them the means and motivation to refine and even redefine their sound. Davie and Jones have jump-started their alt-folk lyricism and atmospheric musicality with a bolder, darker dynamic and a more technically focused, purposeful approach to their songwriting. Sonically compelling and emotionally evocative, ’Red Earth & Pouring Rain’ is, quite frankly, a stunning success.

‘Red Earth & Pouring Rain’, the sophomore album from Bear’s Den, is due for release on Friday the 22nd of July via Communion / Caroline International. They will play headline dates in the UK this November in support of the album; you can find the details here. TGTF’s complete previous coverage of Bear’s Den is conveniently collected here.