Why Every Balochi Should Watch the Chiragh Baloch Show 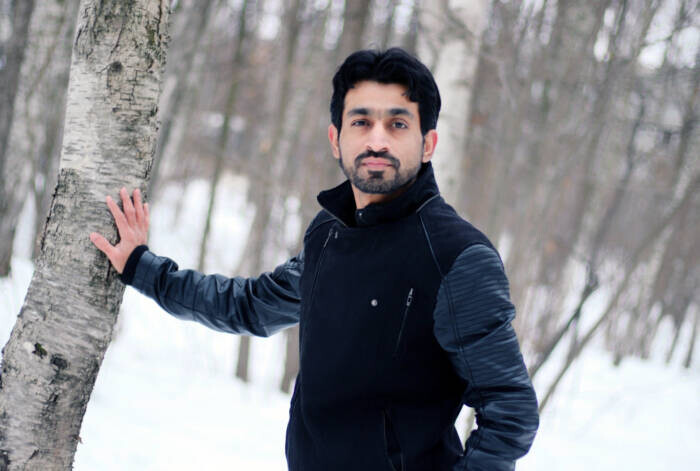 Chiragh Baloch is a YouTuber, web developer, artist, and musician who hosts a weekly show on YouTube showcasing hidden talent from the Balochi community. On The Chiragh Baloch Show, Chiragh showcases undiscovered talent Balochi in the form of actors, singers, filmmakers, directors, and others. Balochi actors and artists like Mukhtar Ghulam, Wahab Baloch, and Kaifi Khalil are among those who have been featured as guests on Chiragh’s show.

Chiragh’s goal is to give the people of Balochistan a platform to showcase their skills and talents, with the goal of celebrating the diversity within the Balochi community. That’s why not just every Balochi but everyone in the world should watch the show to learn more about the Pakistani province of Balochistan, as well as its people and cultures.

Chiragh Baloch isn’t the sort of textbook entrepreneur who you can define with a few simple words. He is a multi-talented man with great ambition who knows when a chance is worth taking. His accomplishments include the creation of VshGap Messenger, a messaging app with free audio and video calling that has over 50,000 users, as well as, of course, his weekly YouTube show.

Chiragh Baloch was born in 1990 in Pasni, Balochistan, Pakistan, and studied information technology in Moscow before moving to the United States. He got his start as an entertainer, producing short, humorous web-based videos, and eventually rose to prominence in 2014 after his videos were posted around Instagram, YouTube, and Facebook.

His YouTube channel where he hosts his show has gained tons of subscribers in the years since he began working as an entertainer, with the bulk of his subscribers consisting of younger viewers.

Chiragh keeps his time occupied with web development and music production besides when he’s not busy presenting his show. His music can be listened to on many mainstream music streaming platforms, including Apple Songs, iTunes, Amazon Music, Google Play Music, iHeartRadio, and Spotify.

Chiragh’s second successful enterprise is Baloch Tech, which is a web development-oriented service that provides users with websites, mobile applications, and software solutions for their businesses. Chiragh and his crew also created ‘Balochi Stickers,’ a sticker pack available for the messenger app WhatsApp targeted towards the Balochi community. The pack has been downloaded over 10,000 times to date.

Recently, Chiragh also began a campaign to get the Balochi language included in Google Translate. The Balochi language currently has over 10 million native speakers, and Chiragh believes that were Google to include the language in its translating services, it would be a massive benefit to the Balochi community at large. The petition now has over 15 thousand signatures and is continuing to grow.

Chiragh Baloch believes in the necessity of having the correct mindset throughout all of life’s challenges, calling it a universal fundamental. While everyone’s circumstances and origins are different, life experiences and obstacles should teach kids at a young age that having the proper mentality can make it far easier to deal with these obstacles. If you’re interested in learning more about Chiragh and his life, you can do so via his personal website.

Why Every Balochi Should Watch the Chiragh Baloch Show