On To The Next One: The Washington Redskins Are Releasing CB Josh Norman 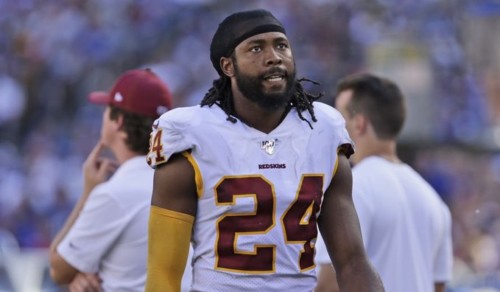 Teams are beginning to shape out their NFL rosters for the 2020 NFL season and the Washington Redskins are the latest team to be looking to make a change.

After 4 seasons with the team, the #Redskins are releasing CB Josh Norman #NFL pic.twitter.com/3bkq4rDoYc

The Redskins are moving in a new direction on defense. After four years with the team, the Washington Redskins are releasing cornerback Josh Norman. John Norman had one season left on his five-year contract. Releasing Norman him will save the team $12.4M in salary cap space. I am a bit surprised that Norman is being let go with his former head coach Ron Rivera now coaching the Redskins.

Now the question will be where does the 32 year old cornerback end up next. Where do you feel is the best new fit for Norman? Let me know and follow @eldorado2452 on Twitter and Instagram for all your sports news.

On To The Next One: The Washington Redskins Are Releasing CB Josh Norman