A New Day in The District: The Washington Redskins Are Expected To Hire Ron Rivera Today 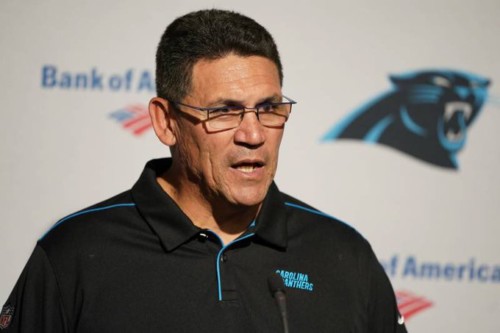 The 2019 NFL regular season is over and today is known as Black Monday across the league. With the playoff picture set, teams who didn’t team their season goals look for a new game plan and most times, that results in coaching change.

Later this afternoon, the Washington Redskins are expected to hire former Carolina Panthers head coach Ron Rivera. Washington finished with a (3-13) record this season and they will have a Top 5 pick in the upcoming 2020 NFL Draft. Washington owner Dan Snyder wants to bring championship football back to the District and this move could have do that with time.

During his time with the Panthers, Ron Rivera led them to the Super Bowl, three NFC South division championships and finished with an overall record of (76-63-1) in the regular season. Stay tuned to HHS1987. Follow @eldorado2452 on Twitter and Instagram for all your sports news.

A New Day in The District: The Washington Redskins Are Expected To Hire Ron Rivera Today