‘Before a record attempt, Campbell would play a game of cards and study them for any sign of doom’ 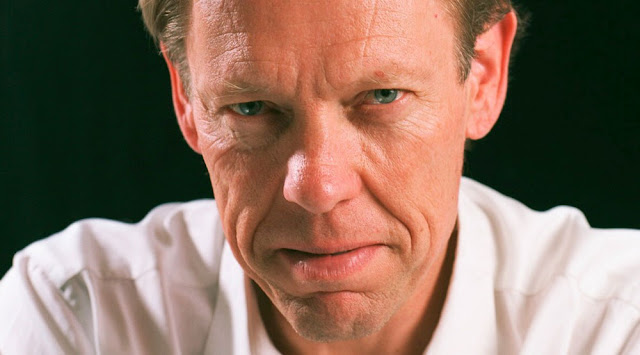 ‘Full power… tramping like hell… I can’t see much and the water’s very bad indeed… I’m galloping over the top… and she’s giving a hell of a bloody row in here… I can’t see anything… I’ve got the bows out… I’m going… Uhh…’
Those were the last words of Donald Campbell, 50 years ago. As he spoke over his intercom, his Bluebird K7 jet boat rose nose-first at over 300 mph (483- km/h), somersaulted and smashed into the lake. Debris quickly surfaced. So did Campbell’s teddy bear mascot and his helmet. The rest lay hidden in the depths of Coniston Water, in Cumbria, until Campbell’s body and the hull of Bluebird were recovered in 2001. Campbell was still wearing his blue overalls.
I was a small boy at the time of his death. But I remember the day he died, just as I remember Jim Clark’s death a year later, and Graham Hill’s eight years on. They were heroes of mine.
Campbell’s death was especially poignant. My dad was the Bluebird project director when Campbell successfully broke the world land speed Record in Australia in 1964. He spent much of that year away from home, in isolated Lake Eyre, a giant salt lake in the Outback that promised the space, the flatness and the dry weather to coax the Bluebird CN7 4100-horsepower gas turbine car to speeds of up to 500 mph (805 km/h).
It was the long, majestic Bluebird’s second attempt at John Cobb’s record of 394.19 mph (634.37 km/h). She had been engineered by the cream of British engineering talent Dunlop, BP, Smiths Industries, Lucas  back in the days when land speed records were front-page news, their drivers national heroes.
Campbell’s first attempt was in 1960 at Bonneville in Utah, where his father, Malcolm, whom he both idolised and feared, had broken the world land speed record before the War. Donald Campbell crashed at more than 360 mph (579 km/h) as he survived the fastest car accident any man had ever experienced. The lesson from Utah was that a much longer speed strip was needed 20 miles (32 km) to speed in safety then stop. That’s where Lake Eyre, the biggest lake in Australia, came in. It’s more than 4,000 square miles, compared with Bonneville’s 40. And it’s nearly always dry. When Campbell arrived in 1963, conditions were not right. The surface was too soft, the wind too strong. Then it rained. The attempt was postponed. BP withdrew its backing.
The record attempt was rescheduled for 1964, and that was when my dad got
involved. He told me Campbell was the bravest man he’d ever met. He was also
intensely patriotic, complex and superstitious. Each night, before a scheduled run, he would play a game of cards and study them for any sign of doom. He regarded green as an unlucky colour and referred to my dad as Evan Turquoise.
It rained again, saturating the strip. A new course was surveyed, this time 12 miles (19 km) long. Not long enough, said his chief engineer. We must try, said Campbell. And he did.
My dad wrote: ‘A high tail of salt spray loomed above the horizon. The noise was dreadful, beyond human endurance, and rising. The salt began to vibrate… I’ve seen many racing cars at speed and they always look like devices man has made, and is controlling. But that machine looked like something from the past, from an age that man can only imagine. It was some frenzied creature, spitting fire and noise as it hurtled across the bed of a dead lake.’
That first attempt failed. The salt was too soft. On 17 July 1964, Campbell tried again. ‘Again, we heard the distant thunder of the engine starting and the eerie, banshee wail of the car approaching at full power. Again, that strange sensation of part excitement, part fear that knotted the stomach. And the weird mirage effect of a monster bursting through the horizon,  pursued by its vapours. The arch of salt spray,  the explosive noise and then the Bluebird, side-on, beautiful, graceful, incredibly fast and chased by a noise of shattering magnitude. And like some beautiful creature pursued by demons, it vanished in a cloud of gas and spray.’ A new record: 403.10 mph (648.71 km/h).
On the last day of the same year, 1964, Campbell also broke the world water speed record at Lake Dumbleyung in Australia. Two years and four days later, the same Bluebird K7 boat crashed at Coniston Water and my dad told me Donald Campbell was dead.
By: Gavin Green

How to Integrate Bitcoin Payments in …
Step-by-Step Guide on Creating the Ul…
Meet RapidGator for Android, the Late…
GNU: A Heuristic for Bad Cryptography
Hired an Autosleeper Duetto

‘Before a record attempt, Campbell would play a game of cards and study them for any sign of doom’